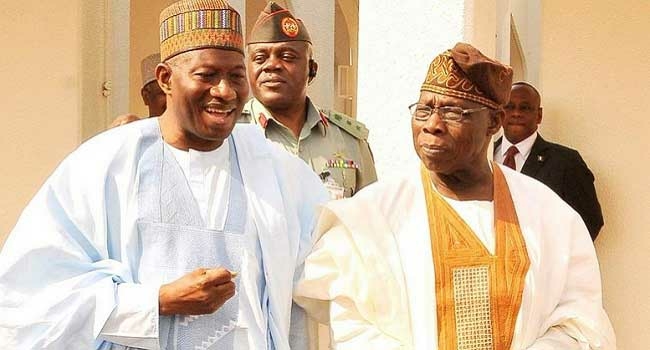 Former President Goodluck Jonathan has decried that spirited efforts of past leaders, especially those of the First Republic, to unite Nigerians did not yield positive results.

This was stated on Saturday in Abuja by Jonathan at the one-year memorial lecture in honour of the late Captain Hosa Okunbo.

According to him, the present crop of leaders inherited a country that was already balkanized into three regions and later four regions.

Speaking on the topic ‘Lasting Legacy: Key to Nigeria’s Development Issues’, Jonathan said that the leaders did their best to also position the country for economic growth and development, but the attempts yielded more to centrifugal forces that reinforced ethnic cleavages.

The former president said that rather than see Nigeria as a united entity, they (past leaders) saw it as a country of different nationalities under which the regions would pursue their different development agenda.

“I believe that the legacy of nationhood and roots of unity were weak at Nigeria’s independence and not much has been done since then to strengthen the base of the union,” he said.