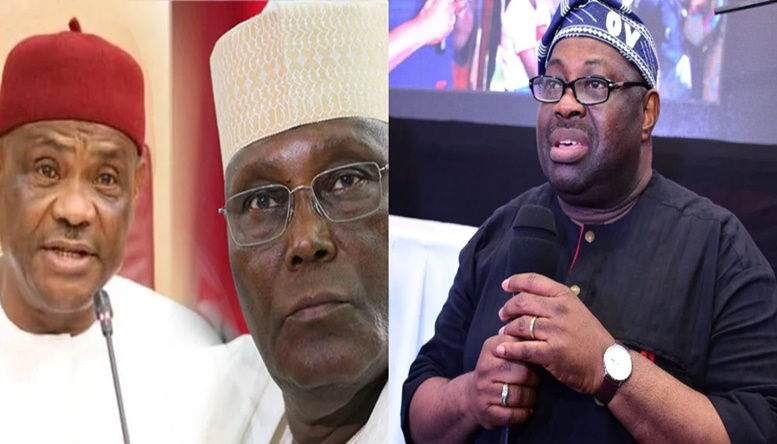 As the rift between party’s presidential candidate, Atiku Abubakar, and Governor Nyesom Wike of Rivers State persist,  former presidential aspirant of the Peoples Democratic Party, PDP, Dele Momodu, has proffered a solution to it.

According to Momodu a close-door dialogue between Atiku and Wike would end the disagreement between the politician.

There has been a rift between the pair after the PDP presidential primaries in Abuja.

Wike is aggrieved that Atiku picked Governor Ifeanyi Okowa of Delta State as his running mate ahead of him.

The governor, who came second, during the primaries had wanted the running mate slot.

Weighing in on the face-ff, the veteran journalist said both politicians should possibly sign a pact and agree on deliverables.

Momodu said the fallout of the PDP post-national convention crisis has shown that Wike was a force to reckon with in the party ahead of the 2023 presidential election.

Momodu said, “What I would advise Atiku Abubakar to do today is to sit down one-on-one without no other person present with Governor Wike and agree on deliverables, If possible, sign an agreement.

“The situation in PDP shows what Wike is in the equation of things in Nigeria. If you have a man who is your best governor across the board, across party lines, Wike stands out as a fantastic performer.

“Today, the fear of Wike is the beginning of wisdom in PDP, there is no question about that. Wike is smart, he knows the game he’s playing, and what he wants to do is to force a deal with the party. That’s my own reading of the situation.”