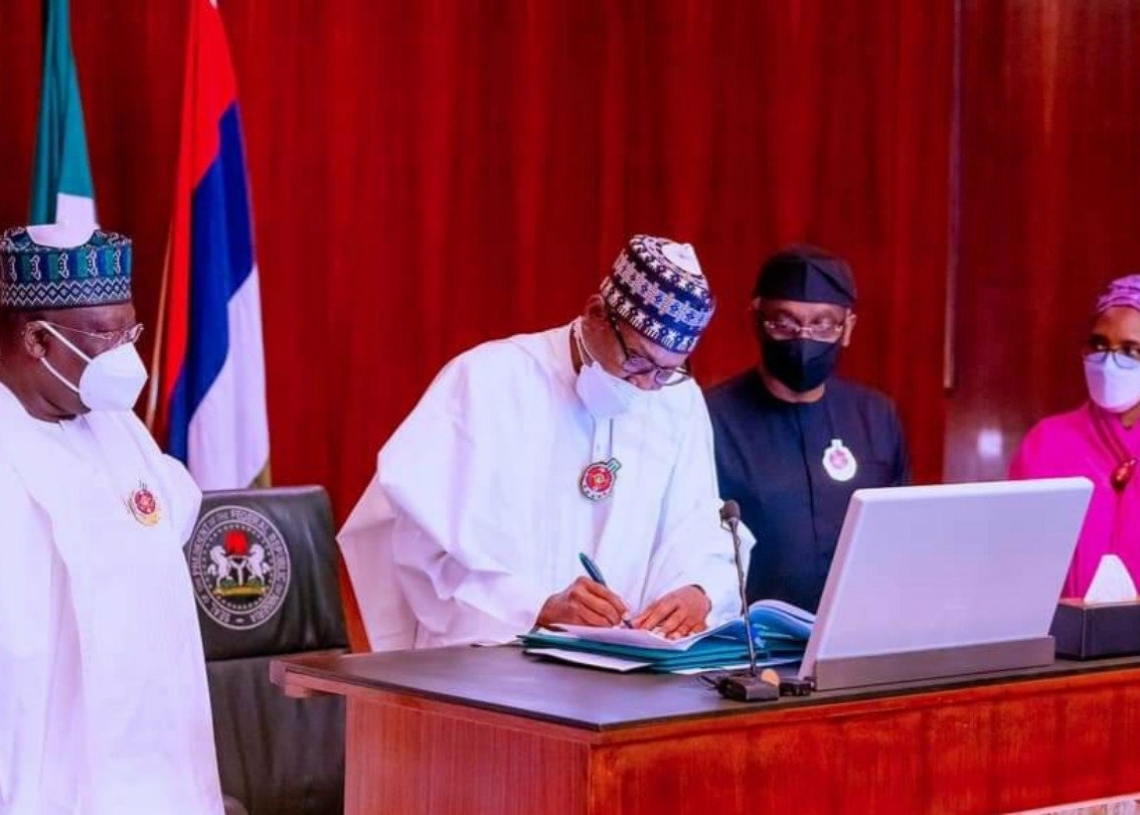 President Muhammadu Buhari on Tuesday disclosed that eradicating malaria and its ancillary effects would save the country from the estimated economic burden of the disease totaling about N687bn in 2022 and N2trn by 2030.

The projection was made by President Buhari at the State House, Abuja, shortly after inaugurating Nigeria End Malaria Council in line with the African Union Assembly Declaration for the Establishment of EMCs continent-wide.

He also appointed the Chairman, Dangote Group, Aliko Dangote, as Chairman of the 16-member Council, noting that the successful implementation of the Council’s agenda will lead to N2tn savings in the next eight years.

The Special Adviser to the President on Media and Publicity, Femi Adesina, disclosed this in a statement titled ‘Nigeria will save N2 Trillion from Malaria elimination, President Buhari declares, appoints Dangote Chairman of 16-member council to eradicate disease.’

The President noted that tackling malaria holds both public health and socio-economic benefits for Nigeria.

He said, “Our inauguration today will, therefore, ensure that malaria elimination remains a priority on our agenda, with strong political commitment from leaders at all levels.

“Additionally, the End Malaria Council will provide a platform to advocate for more funding to protect and sustain progress made so far by our country, and put us on a pathway to ending malaria for good.”

Buhari, who lamented that Nigeria alone accounts for 27 per cent of all cases of malaria and 32 per cent of deaths globally (according to the World Health Organisation in 2021), said, “Malaria infection can cause severe disease and complication in pregnant women and lead to high rates of miscarriage.

“It is also responsible for a considerable proportion of deaths in infants and young children, with children under 5 years being the most vulnerable group affected. These are reasons we must not relent in fighting malaria.”

The President further explained that he chose Dangote to chair the Council in recognition of his track record and passion in supporting initiatives on various health issues such as polio and primary health care system strengthening.

He expressed confidence that Dangote would bring his outstanding achievements to help the country achieve its goal of malaria elimination, adding that a group of eminent personalities, who have also made their mark across all walks of life, have been selected to work in the Council.

“I have been informed that the End Malaria Council has already been established in other African countries, in line with the African Union Assembly Declaration for Establishment of EMC’s in Africa.

“EMCs have provided leadership, new funding, and innovation to enable these countries to stay on track to meet malaria burden reduction targets. I am optimistic that the setting up of the Nigeria End Malaria Council will do the same for Nigeria.

“I must add that with the additional advocacy and funding the Council will bring to the malaria control drive, we can anticipate a reduction in malaria burden that ensures that our children, pregnant women, indeed, all Nigerians are shielded from the disease,” Buhari said.

The President also thanked the Chairman of the African Leaders Malaria Alliance, President Uhuru Kenyatta of Kenya, the Executive Secretary of ALMA, RBM Partnership in Nigeria for their continuous support to the Federal Ministry of Health and the malaria programme, in particular.

He also acknowledged the contributions of the Global Fund, the United States Agency for International Development, the President’s Malaria Initiative, Bill and Melinda Gates Foundation, WHO , UNICEF, UK Foreign and Commonwealth Development Office, other implementing partners, and the private sector.

However, they decried the yawning funding gap of about N1.89tn, which has impeded the implementation of the malaria programmes in Nigeria.

Ekumankama said, “The biggest challenge confronting us, which prevents the elimination of malaria, is inadequate finances to fund the NMSP.

“We are currently implementing NMSP of 2021 to 2025, with the intent to achieve a parasitic prevalence of less than 10 per cent and reduce mortality attributable to malaria to less than 50 deaths per 1000 live births by the year 2025. It will take about N1.89 trillion to implement this plan.

In his acceptance speech, Dangote thanked the President and all members of the Council for entrusting him with the enormous responsibility, pledging to work hard to achieve the mandate.

“I must confess that this resonates with my current role as the Nigerian Ambassador for Malaria, my role on the Global End Malaria Council and with the work that my Foundation is doing to mobilise the private sector to support malaria control in Nigeria and Africa at large,” he said.