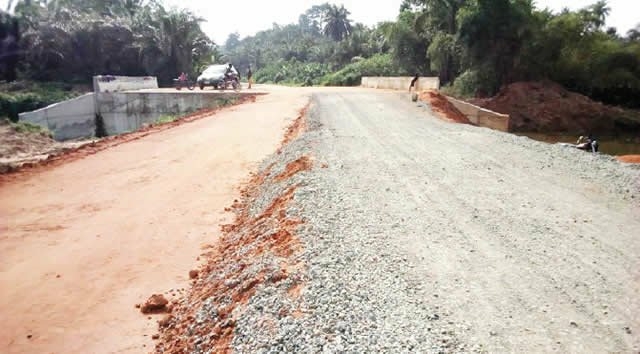 Government of Edo has stated that all road construction projects across the state are ongoing.

He noted that the pace of work at the various construction sites has been slowed down by the daily torrential rainfall.

This was contained in a statement released on Tuesday by the Special Adviser to the Governor on Media Projects, Crusoe Osagie.

He called for calm among residents, reassuring them that work will be accelerated on all major and inner-city road projects once the rain recedes, in line with the government’s urban renewal and infrastructural development drive.

Osagie said the government had adopted a unique payment system, the Irrevocable Standing Payment Order system, to ensure that contractors completed and delivered all construction projects to the Edo people.

On the status of road projects in the Uwelu areas of Benin City, he said, “There is an existing contract under the Uwelu-West section of the stormwater masterplan. The drainage has to be completed. The project is not moving as fast as planned because we are at the heart of the rainy season. Unless the project is completed, whatever palliative we embark on will amount to naught.

“Roads are constructed with a plan to ensure a sustainable means to drain the water out of the area. When the rains subside in September, we expect that the contractors will deploy fully to site and ensure that the drains are completed in good time. We have to conclude the Uwelu-West aspect of the masterplan to be able to permanently solve the issue of the flooding in the area and the condition of the road, with a proper drain. The contract is active on that road.

He noted, “The Governor Godwin Obaseki-led state government remains committed to its urban renewal and infrastructural development programme and will spare no resources at ensuring programmes and projects to improve the livelihood of residents and achieve economic prosperity for the state.”

Osagie continued, “The construction and rehabilitation of roads are currently ongoing across the state, even though our contractors are grappling with the impact of the rainy season which has slowed the pace of work on various construction sites in the state.

“We have ensured that the contractors working on these roads stay on site to work on the portions of the road that could be done during the rainy season but the daily torrential downpour has hugely affected the extent to which they can perform.

“The Governor in his innovative way of proffering solutions to societal problems has adopted Irrevocable Standing Payment Order system to ensure that payment to contractors is not stalled and construction projects are completed and delivered to the Edo people.

“We urge residents to remain calm and patients as work will be accelerated on all construction sites across the state once the rain recedes.”