Former Rivers Gov, Odili speaks on Wike’s performance as a LG council chairman under him 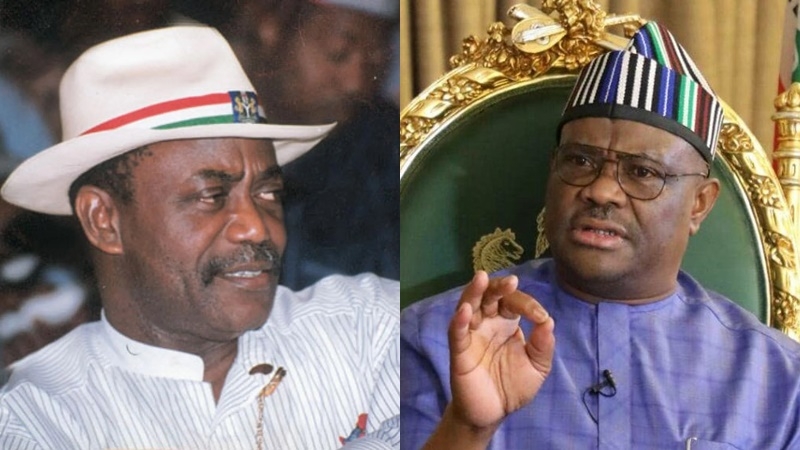 Former Governor of Rivers State, Dr. Peter Odili has rated Gov. Nyesom Wike’s performance as the best during his tenure as a council chairman under him.

It can be recalled that Governor Wike was the Obio Akpor council chairman from 1999 to 2003.

Dr. Odili who made this known in Port Harcourt on Monday during an event held in his honour to mark his 74th birthday, also commended Gov. Wike for investing “in human capacity development, infrastructure and building the best law school campus in Port Harcourt”.

Speaking at the event, Gov. Wike described Odili as a true leader of men who groomed many, and supported a lot of persons to political lamplight.

He however regretted that Odili was in the past “abandoned” by the political class.

According to him “There was a time every political class abandoned Dr. Odili. This is a man who gave us everything. Some people called him Mr. Donatus. There was no abuse he did not get. Everybody he tried to help their families, at the end of the day, all betrayed him.

“For us, we have used him as a school and we thank him for making himself available for us to use him to learn so that we won’t be shocked by whatever that is going to happen.”

The governor said it was Odili’s benevolence that made it possible for Ikwerre sons to emerge as governors of Rivers State.