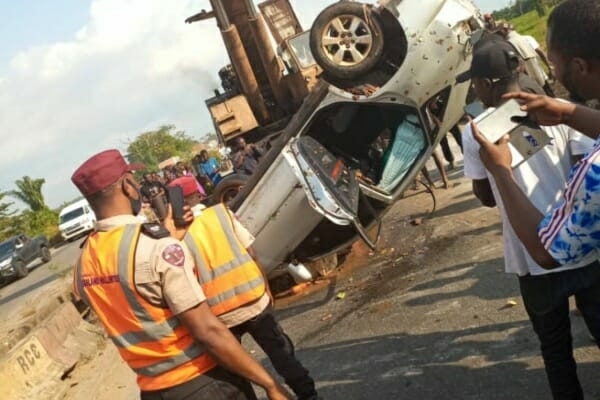 FILE PHOTO: FRSC officials at the scene of an accident

Musa Abubakar (Babawuro), the chairman of the Nafada Local Government Area in Gombe State, passed away in a car accident in Kano State.

This information was provided by Muhammadu Inuwa, the governor of Gombe State, who referred to Abubakar’s passing as “deeply painful and a huge loss, not only to his immediate family but to the entire state and nation.”

The governor, in a statement expressed sadness over the development and declared mourning for the repose of the soul of the late LG chairman.

The state government claimed in the statement that the deceased “was a man of peace, a committed politician and an experienced public servant who greatly contributed to the development of his immediate community, local government, and the state.”

The governor said he extended the condolences of the government and people of Gombe State to the deceased’s immediate family, staff and council members of Nafada Local Government as well as the entire good people of the local government area over the sad event.