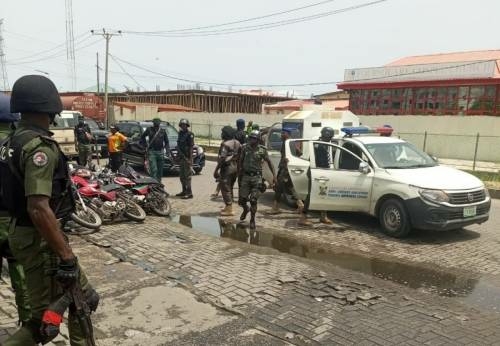 Governor Bello Mattawale of Zamfara State, Monday, has banned the riding of motorcycles from 8 pm to 6 am in Gusau town.

He directed the security personnel to shoot at sight anyone found violating the new order.

The measure, according to the governor, was taken by the security council following reports on the use of motorcycles by bandits and other criminals to perpetrate their criminal activities within the state capital and its outskirts.

He said, “Considering the recent invasion of bandits in some areas on the outskirts of Gusau, the state capital, riding of motorcycles is hereby banned from 8 pm to 6 am in all areas and outskirts of Gusau town.

“Security forces are hereby ordered to shoot anyone riding a motorcycle between 8 pm and 6 am on the outskirt of Gusau, who refuses to stop when ordered to do so by them.

“Meanwhile, members of the public have been implored to be vigilant in their localities and report to security agencies any suspicious person or strange movement in their respective communities.”

“The state government will not take it lightly with any one found disturbing the peace and security of the people”.

The Governor stressed that, the security of lives and property of the citizenry was the basic function of any government.

‘My administration is doing everything humanly possible in accordance with the laws of the land to ensure the discharge of this responsibility”. Concluded Matawalle.