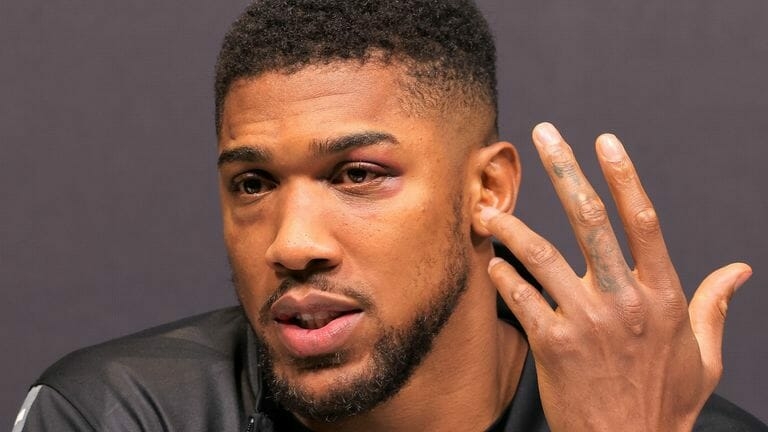 Nigerian-born heavyweight boxer Anthony Joshua has sought divine intervention as he prepares for a rematch against Oleksandr Usyk on Saturday.

Joshua said God is now in control of things ahead of the fight as he has handed over the situation to Him.

In a video of himself doing press-ups posted on Twitter, Joshua wrote, “Out my hands and leave in God’s,” adding a meme of hands lifted in prayers.

The rematch is scheduled to be held in Saudi Arabia this weekend.

In 2019, Joshua bounced back from the defeat, reclaiming his title from Ruiz.

If Joshua beat Usyk on Saturday, it would be the second time he bounced back from defeat to reclaim his titles.