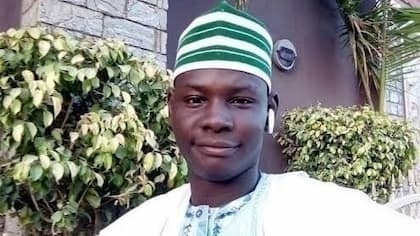 Court of Appeal sitting in Kano State has affirmed the judgment of the High Court in blasphemy case involving singer Aminu Shariff Yahaya.

The appellate court dismissed an appeal filed against the trial court seeking retrial of the blasphemy case.

The court averred that the Kano State Shariah Penal Code of 2000 does not violate the Nigeria constitution.

Delivering the judgement virtually on Wednesday, Justice Abubakar Mu’azu Lamido ruled that the Constitution of the Federal Republic of Nigeria empowers states through the state assemblies to make laws.

He ruled that Nigeria constitution recognised that there is freedom of religion but does not allow adoption of a state religion.

Yahaya, who was convicted and sentenced to death by a Shariah Court in Kano in August 2020, had earlier asked Kano High Court to vacate the judgement.

The Kano High Court, in November 2020, had overruled the sentence and ordered for retrial of the case at the Shariah Court, citing failure to follow proper procedures as the accused had no legal representation in the trial.

Meanwhile, Aminu, through his counsel Kola Alapinni, appealed to Court of Appeal for determination of two issues.

The two issues according to court documents are, “whether the learned High Court Judges were right to order for a retrial instead of an acquittal after quashing, annulling and vacating the position of the Sharia Court.

“Two, whether or not the decision of the High Court is right in declaring that the Kano State Sharia Penal Code Law 2000 is constitutional.”

In the three-judge verdict, Justice Lamido and B. M. Ugo gave majority judgement in favour of the respondent which upheld the High Court decision for retrial as against the dissenting judgement by the third judge.