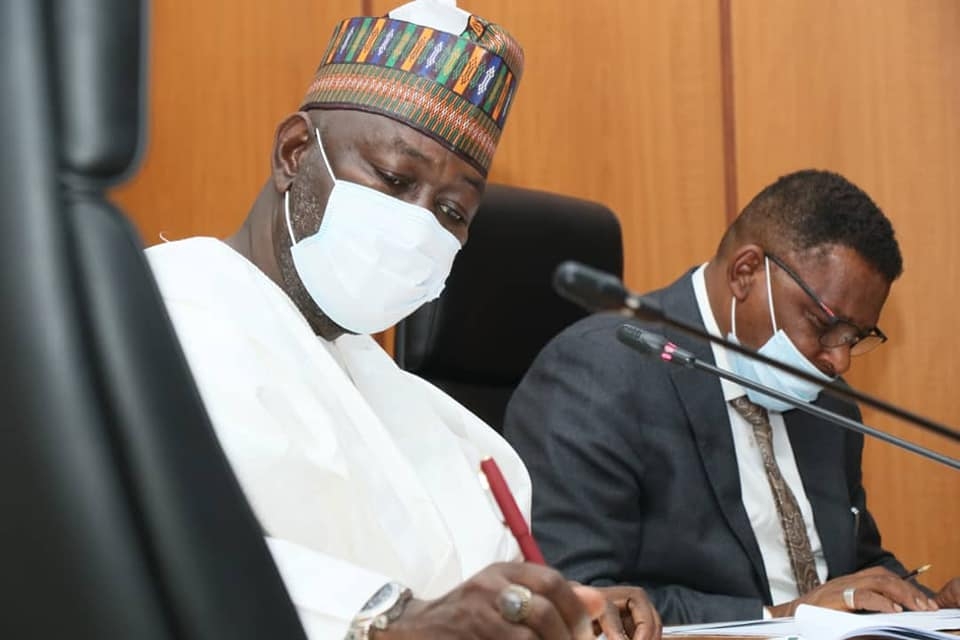 The Federal Government has stated that it could not reach its earlier proposed power generation target of 5,000 Megawatts due to gas shortage.

This was disclosed on Wednesday by the Minister of Power, Abubakar Aliyu shortly after the Federal Executive Council meeting presided over by the President Muhammadu Buhari, at the Council Chamber of the Presidential Villa, Abuja.

Recall that the Minister of State for Power, Mohammed Notezai on July 1, 2022 announced that an additional 5,000 megawatts of electricity would be added to the national grid by March 2023.

Reiterating the same stance in an interview with one of our correspondents on July 19, the Chairman of the Nigerian Electricity Regulatory Commission, Garba Sanusi, explained why the commission’s 5,000MW target is realistic saying that the feasibility of delivering such a level of supply to consumers is high.

Sanusi had lamented that 80 per cent of the country’s power generation comes from gas, and the sustainability of gas to generate plants has been constrained largely due to breakdown, vandalism, maintenance work, or disruption of supply to the power plants.

However, with the current supply below the target and fluctuating, the power minister once again blamed gas supply saying his ministry does not have exclusive control to the vital resource.

According to him, whereas the government had entered into a firm contract with the Nigerian Bulk Electricity Trading Plc, power generation had remained around 4,000 megawatts because of the problem of gas.

He said FG has firm contracts with only 5 of the 28 Power Generating Companies but will extend it to more GenCos to stabilise supply at 5000MW.

Aliyu, however, assured Nigerians that the government has “all the ingredients” to solve the supply challenge soon.

Asked about the ongoing strike by Members of the National Union of Electricity Employees, the Minister claimed that protesting workers do not have issues with his ministry but the Head of Service.

On Wednesday morning, the NUEE withdrew its services from the Kaduna Regional Headquarters of the Transmission Company of Nigeria according to the directive of the union’s national leadership.

NUEE officials cordoned off the Mando TCN Station in the Kaduna state capital, cutting all operations, and forcing workers out of the company’s premises before locking the gate.

They are protesting the nonpayment of outstanding arrears owed to former workers of the now-defunct Power Holding Company of Nigeria, suspension of conditions of service and career path for workers and the directive by the TCN board to conduct promotion interviews for acting principal managers who are moving to Assistant General Managers.

The workers said the TCN Kaduna office which oversees operations in Kaduna, Kebbi, Sokoto and Zamfara, would resume operations only after the Federal Government meets all their demands.

Answering queries on the issue the Minister of Power said “The issues they have is not particularly something to do with us, but with employment issues with the Head of Service.”

He said the Minister of State for Power, Minister of Labour and Head of Civil Service of the Federation were absent from the FEC meeting to attend to the developing issues.

Aliyu also revealed that the FEC approved N2,740,000,000 as revised estimates for the updated rates of building structures of compensation and resettlement of the communities affected by the construction of the 700 megawatts Zungeru Hydroelectric power project.