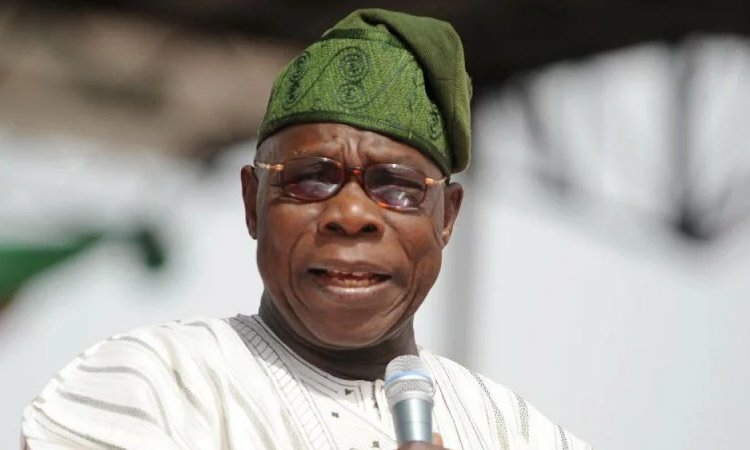 Nigerian President, Olusegun Obasanjo, has revealed why he can’t throw his weight behind Peoples Democratic Party (PDP) for next year’s presidential election.

Obasanjo said he can’t in good conscience rally round the PDP after choosing Atiku Abubakar as its presidential candidate for the 2023 general elections.

He said the opposition party should have zoned its presidential ticket to the south as it’s the turn of the region to produce Nigeria’s next president.

The former President, who was the Nigerian leader between 1999 and 2007 with Atiku as Vice President, has not openly declared his support for any candidate.

Atiku and Obasanjo had an acrimonious relationship during their presidency.

Obasanjo once said he regrets choosing Atiku as his running mate ahead of the 1999 presidential election, saying, “One of the mistakes I made was picking my Number Two when I wanted to become the president. But because it was a genuine mistake, God saved me.”

But speaking at his Hilltop home in Abeokuta on Wednesday while meeting with the presidential candidate of the ruling All Progressives Congress (APC), Bola Tinubu, Obasanjo flayed the PDP for jettisoning the existing agreement of the party by choosing Atiku from Adamawa State in Northern Nigeria when according to him, it is the turn of the Southern region to produce the next president.

According to the former president, the PDP’s decision is not politically correct and is against the spirit of the understanding between Northern and Southern Nigeria.

PM News quoted Obasanjo as saying, “I am very much aware that it’s the turn of the South to produce the next President of Nigeria. I was part of the meeting when the agreement was made between Northern and Southern leaders.

“I am even surprised PDP gave her ticket to another Northern candidate.

“It will be an injustice to the South if the North retains power after eight years of rule. We will do the right thing when the time comes.”