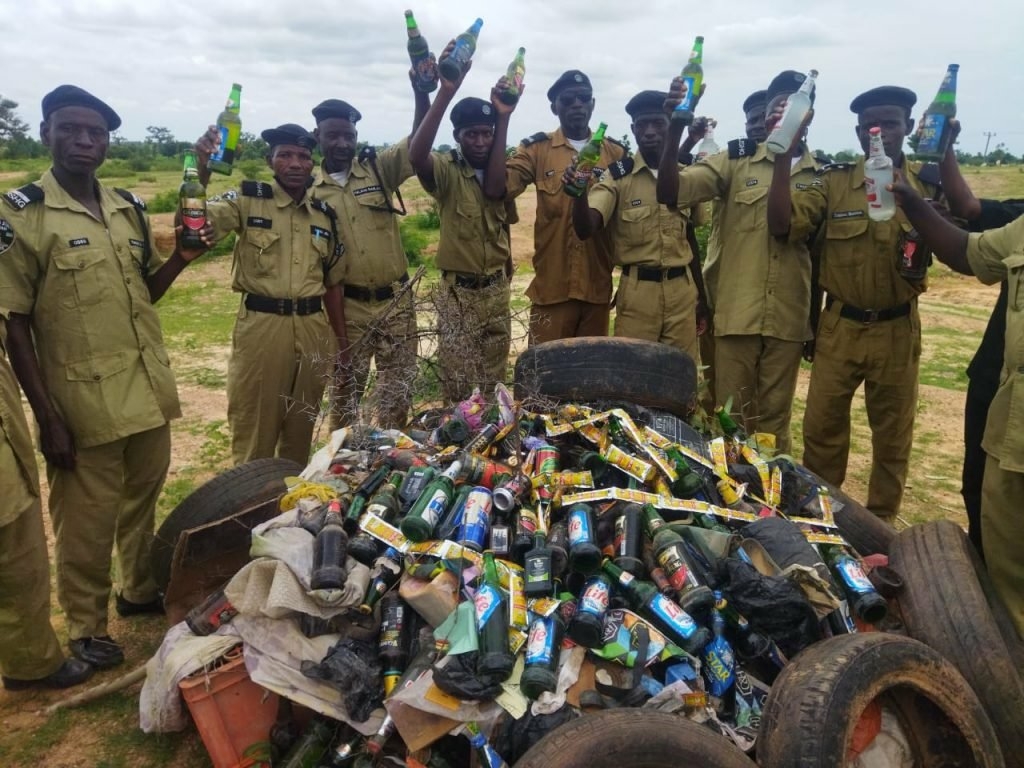 More than 5,550 bottles of alcohol worth N3.2million have been burnt by the Jigawa State Hisbah Command.

This was disclosed by the State Hisbah commandant Ibrahim Dahiru, after the bottles of alcohol were destroyed in Kazaure local government.

Ibrahim Dahiru, said the alcohol was intercepted in the command’s ongoing operations in the state.

“Within weeks we have seized alcoholic drinks totalling 5,550 bottles and cans it claimed were worth N3.2 million,” he said.

Dahiru said the exercise was conducted after receiving a court verdict authorising the destruction of the alcohol.

He noted that the exercise is in line with Islamic teachings that forbid alcohol consumption and all other intoxicants.

Dahiru said the command will sustain its fight against the immoral act across the state.