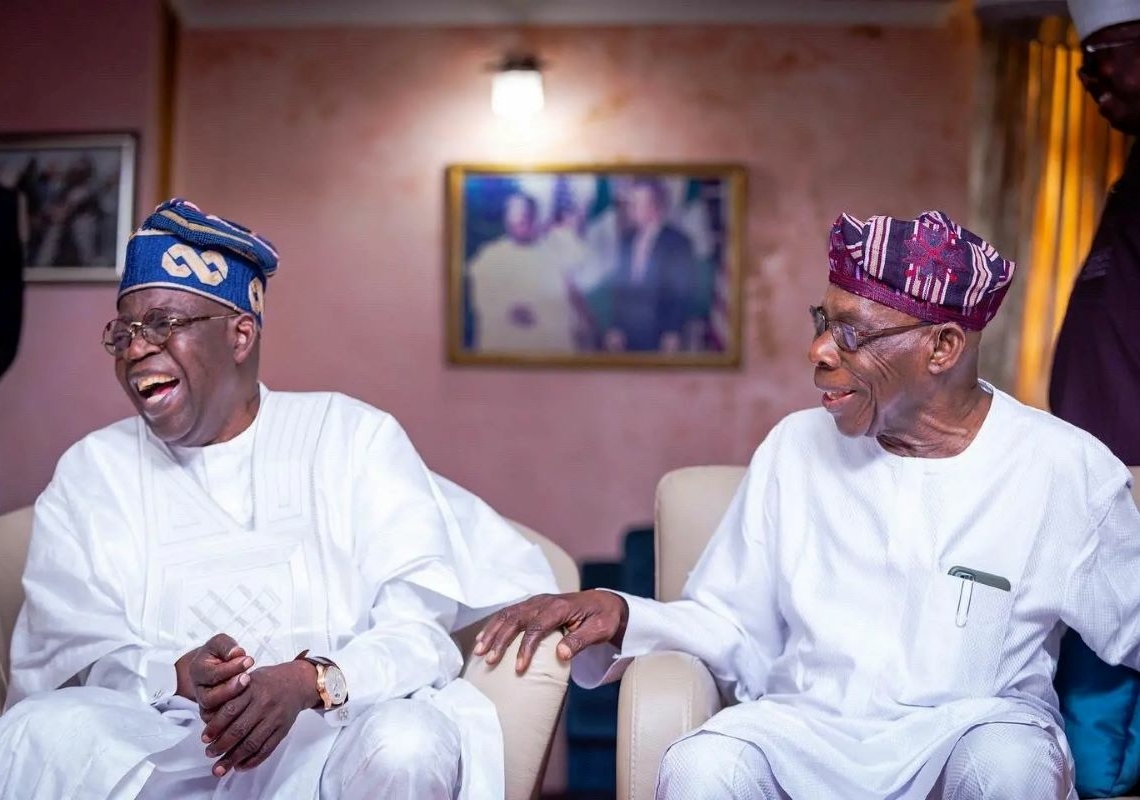 His statement comes days after the presidential candidate of the All Progressives Congress (APC) met with him in Abeokuta, Ogun state.

On June 2, days before the party’s presidential primaries, the former Lagos governor spoke about how he was instrumental in the election of President Muhammadu Buhari, and why he deserves to be his successor.

Some of the words used during his charged speech were “Èmi Lọ Kàn, Eléyìí, Olule” — meaning “I’m the next, This One, and to fall badly”.

Shedding more light on Tinubu’s recent visit, Obasanjo said he told the former Lagos governor that he has successfully added new words to the political dictionary of Yorubaland and that “we will continue to use it”.

“Yesterday, when I received a visitor, I said visitor you have introduced new vocabularies into the Yoruba political dictionary,” he said.

“Èmi Lọ Kàn, Eléyìí, Olule, he laughed and I said I don’t know If these new vocabularies are good or not good, but they are new and we will continue to use them.”

Obasanjo’s comment is coming shortly after Femi Gbajabiamila, speaker of the house of representatives, who accompanied Tinubu to visit the former president, said the meeting has assured the APC candidate of victory in the 2023 elections.