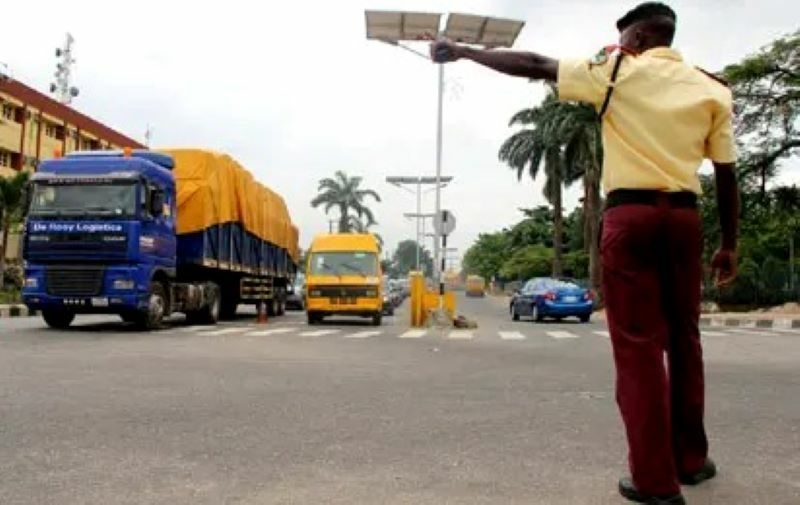 The duo, Ibrahim Jibril Abu and Olamide Oshin were arrested on Thursday, by a patrol team from LASTMA Headquarters.

Jibril and Olamide had committed the offence on Wednesday, 17 August, 2022 at about 12.30pm at the Sheraton Hotel bus stop on Mobolaji Bank-Anthony Way.

He said, “Upon proper investigation, it was discovered that Ibrahim Jubril Abu was truly a LASTMA STM, he obtained another mayor’s reflective jacket number to print a fake identity card for Olamide Oshin in order to perpetuate fraudulent acts and thereby whip up public sentiments against lawful officers on traffic management duties.

“Both suspects have been handed over to the police at Area F. It is pertinent to note here that the creation of LASTMA STM was a strategy adopted to increase voluntary assistance for authorised traffic personnel in traffic management, as the operational guideline of the STMs does not authourise them to apprehend traffic offenders.

He said the suspects were arrested when colleagues of the logistics motorcycle riders were already gathering at the spot of the incidence, in order to launch an attack on LASTMA officials.

Recall that there have been incidences of impersonation of LASTMA personnel by some unscrupulous members of the public in time past.

This is one of such cases which the agency has vowed to handle with the laws of the State.

He noted that LASTMA General Manager, Bolaji Oreagba not too long ago, spotted a fake online publication soliciting for membership and training as a Special Traffic Mayor for a fee.

The agency promptly responded and debunked the publication via a press statement and on the electronic media.

He also promised that the suspects will be prosecuted to serve as deterrent to others with similar intentions.

The General Manager enjoined the public to always say something when they see something instead of attacking government officials carrying out their lawful duties.

He also added that what the agency is advocating for is voluntary compliance.