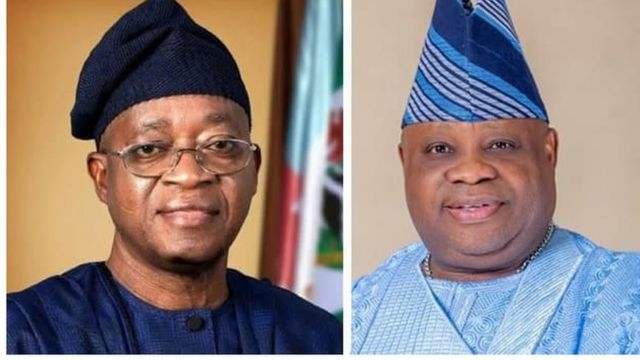 The Peoples Democratic Party in Osun State on Tuesday responded to the petition by the All Progressives Congress candidate in the July 16 governorship poll, Governor Adegboyega Oyetola, before the Election Petition Tribunal, challenging Senator Ademola Adeleke’s victory.

A lawyer representing the PDP, Hashim Abioye while addressing newsmen at the venue of the tribunal sitting in Osogbo said the party had also brought its witnesses before the panel to sign their statements on oath.

Abioye, who is the PDP Legal Committee Secretary, said though the party had within 21 days to file its reply to the petition, it decided to reply on the 14th day after receiving the petition to show its readiness for the matter.

He said, “We have 21 days to file our reply. This is the 14th day and to show that we are ever ready, fit as a fiddle, and that we are not running anywhere, we have filed our reply.

“I think we have more than 100 witnesses. You can see some of them here. Others are still coming. So, I can tell you that for us to be able to line up that number, we are fully prepared to defend this mandate.

“It is to show that the election petition filed by the APC and Governor Oyetola is time-wasting because it was brought in dead and you will see that at the end of the day.”