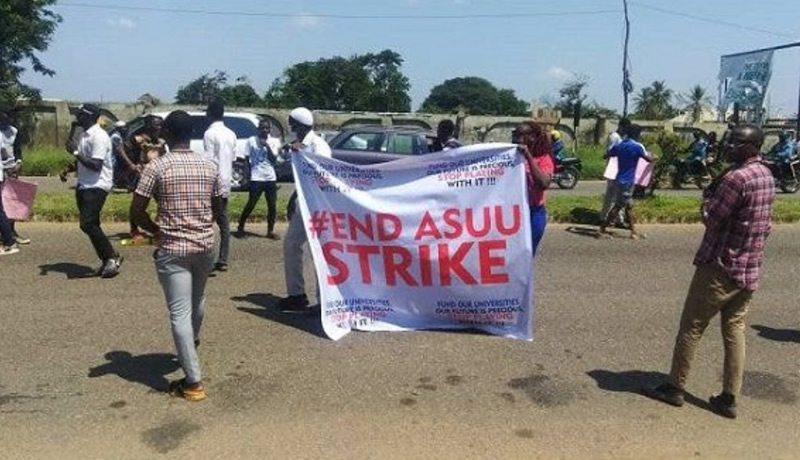 Socio-economic Rights and Accountability Project (SERAP) and five undergraduates have sued President Muhammadu Buhari and two others over alleged unlawful refusal by the Federal Government to meet the demands of the striking Academic Staff Union of Universities (ASUU).

Joined in the suit as defendants are Minister of Labour and Employment, Chris Ngige and Attorney-General of the Federation/Minister of Justice, Abubakar Malami (SAN).

According to them, the refusal has occasioned the prolonged strike action and violated their right to quality education.

In the suit, numbered NICN/ABJ/269/2022 and filed last week by their lawyer, Tayo Oyetibo (SAN), at the National Industrial Court, Abuja, the plaintiffs are seeking an order directing Buhari and Ngige to immediately implement all agreements with ASUU to end the strike action and violation of the student’s right to learning.

They said the disruption of classes undermines both the quality and duration of students’ education.

This situation, the applicants maintained, had aggravated existing disparities in access to university education in the country, further marginalising economically disadvantaged parents and students.

SERAP and the students want the court to declare that the “refusal of the defendants to implement the terms of the FGN-ASUU Renegotiated 2009 Agreements and the 2020 Memorandum of Action, which has occasioned the prolonged strike action is unlawful, inconsistent and incompatible with Nigeria’s human rights obligations and violates the students’ right to quality education.”

They also want a court order mandating the defendants and their agents to immediately release and pay all the withheld and outstanding remunerations, salary, allowances and other emoluments both for the period and outside the period of the current strike action to all members of ASUU.

The claimants equally seek a perpetual injunction restraining the defendants and their agents from unlawfully reneging, rescinding or refusing to implement the renegotiated FGN-ASUU 2009 Agreement and the 2020 memorandum.

No date has, however, been fixed for hearing of the suit.