2023 presidency: Tinubu is a man of honour – Ganduje 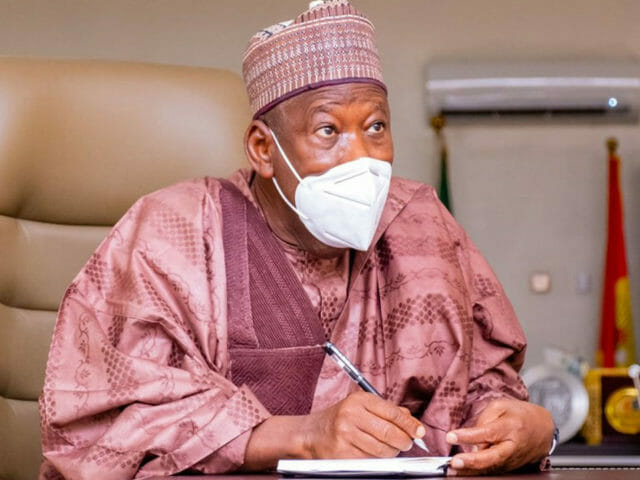 According to NAN, Ganduje said Tinubu is a man of impeccable character and integrity.

He stated this on Wednesday while accepting an appointment as the APC National Integrity Movement (ANIM) patron at the Government House, Kano.

”Tinubu’s track records and pedigree show that he can propel Nigeria to greatness if elected president.

“Asiwaju is a man of integrity and a good product. He has contributed significantly to the growth and development of our democracy.

“He is a consummate democrat and the leader of progressives who fought to bring the democratic rule that Nigerians are enjoying today,” he said.

He, therefore, urged ANIM to consolidate their support and advocacy for Tinubu after the presidential election in 2023.

Ganduje also expressed appreciation for the recognition by the group and promised to work hard for the election of Tinubu as president.