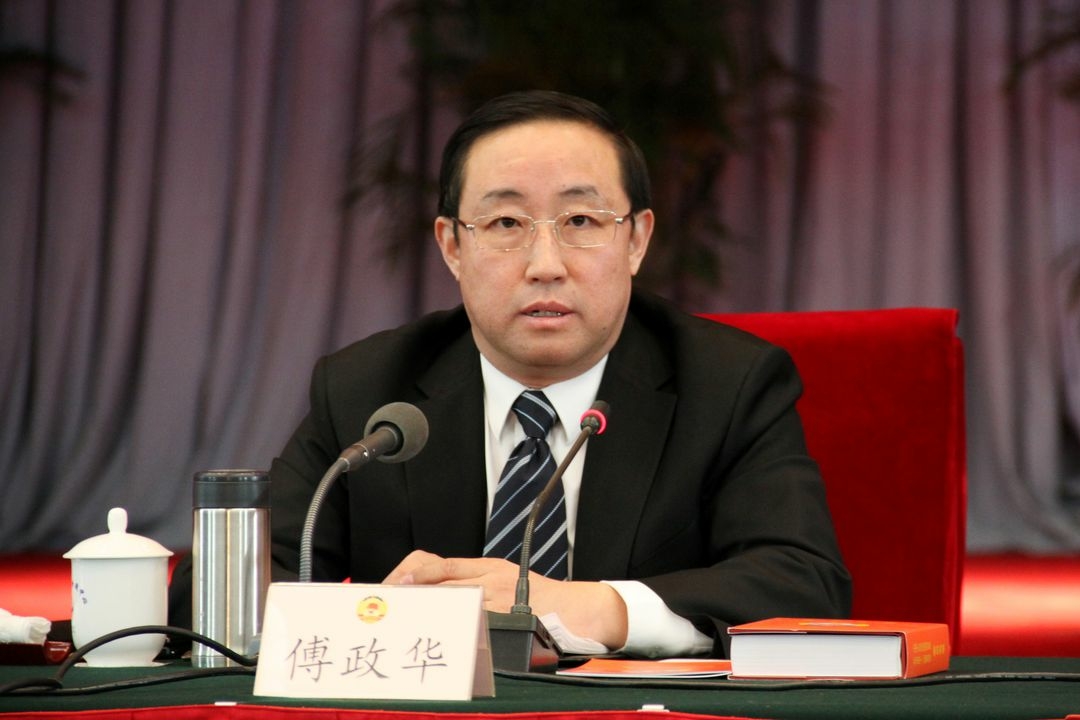 For accepting bribes, former Chinese Justice Minister Fu Zhenghua, who had led several high-profile investigations into corruption, has been jailed for life.

State media who made this known on Thursday, said, his sentence will serve as a purge of officials intensified ahead of a key Communist Party congress.

Fu, 67, was handed a suspended death sentence that will be commuted to life imprisonment after two years, with no possibility of parole, according to state media.
Fu was deputy head of the Ministry of Public Security before becoming justice minister in 2018, and had led many high-profile investigations and crackdowns including a probe about a decade ago into Zhou Yongkang, a former security czar and the most powerful official in modern China to be convicted of bribery.

In July, Fu admitted accepting bribes exceeding 117 million yuan ($16.50 million).
Ahead of Fu’s court trial in the northeastern city of Changchun, China’s anti-graft watchdog determined earlier this year that Fu had also been part of a “political gang” of Sun Lijun – one of the most prominent officials from the security apparatus to be targeted since Zhou’s conviction in 2015.

Sun, who was vice minister of public security when probes against him began in 2020, admitted on state television in January that he had colluded with some top law enforcement officials with the aim of personal enrichment.
Sun was also accused of not embracing President Xi Jinping’s authority.

The influence of Sun, who has yet to receive his sentence, was so pervasive within the party that it had been described by authorities as “poisonous” and Sun himself was like a “cancer” that needed to be eliminated.

On Wednesday, three former police chiefs of Shanghai, Chongqing and Shanxi province were sentenced to years in jail – including one for life – for corruption.

Like Fu, they had also been accused of being part of Sun’s clique and for being disloyal to Xi.

The purges came three weeks ahead of a once-in-five-years congress of the ruling Communist Party where Xi is widely expected to secure a precedent-breaking third term as China’s leader.