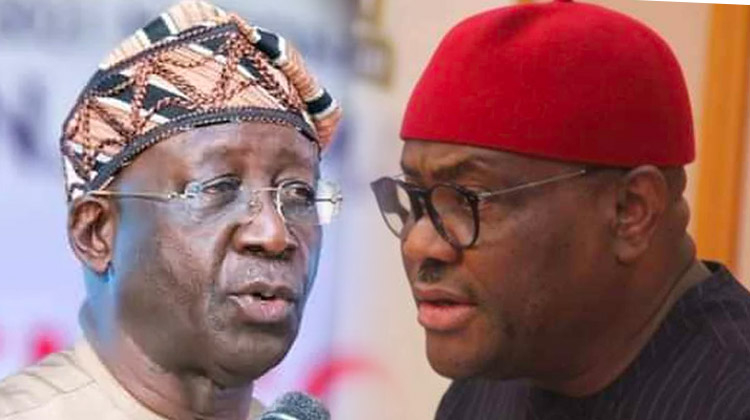 The governor revealed this on Friday in an ongoing media parley in Port Harcourt, the Rivers State capital.

Wike alleged that Ayu played a vital role that was detrimental to other aspirants in the emergence of Atiku as PDP flagbearer.

He said if not for the love he and others in his camp had for the main opposition party, they could have prevented the PDP convention from holding.

The governor alleged that Ayu called several presidential aspirants to step down for the former vice president during the convention.

“He was calling aspirants to withdraw for Atiku. I was there, Saraki and others were there.

“He manipulated the delegates. There was nothing Ayu did not do to ensure Wike didn’t emerge,” Wike said.

The governor added, “Meetings upon meetings were going. Pressures were being mounted on people to step down.

“Even on the night of the convention meetings were going on. That is why we started our convention late.

“Some of the retired generals were involved. Some of the meetings were held in their houses. There is nothing they didn’t do for me to step down.

“Those who know me, know that I would have stopped the convention, even if heaven falls.”

WITHIN NIGERIA had reported that Wike camp announced their plan not to participate in the campaign council which was scheduled for inauguration next Wednesday after a meeting at Wike’s private residence in Port Harcourt, Rivers State, on Wednesday morning.

Reacting to the withdrawal from Wike’s camp, Atiku in a statement he personally signed reiterated his decision not to interfere in the demands for Ayu’s removal.