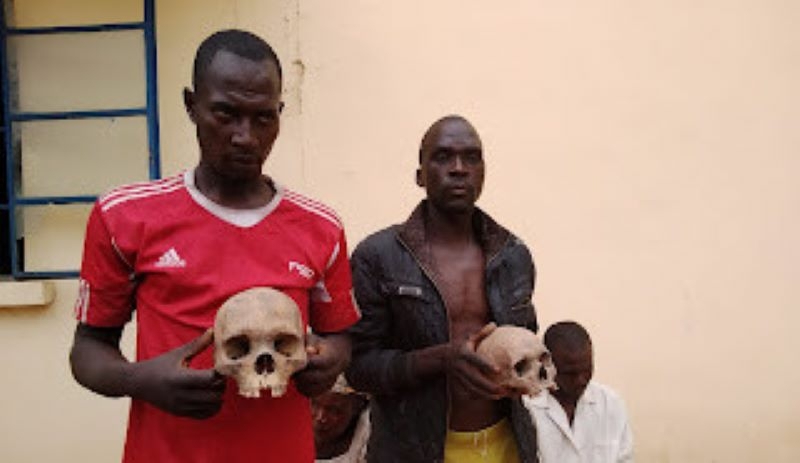 Two men identified as Raji Silver and Nodji Kodji, have been arrested by the police for being in possession of two human skulls and several bones in Adamawa State.

A Suspected buyer of the skulls, identified as Dauda Yakubu, a commercial motorcycle operator and a woman in connection to the alleged crime were also arrested by the police. 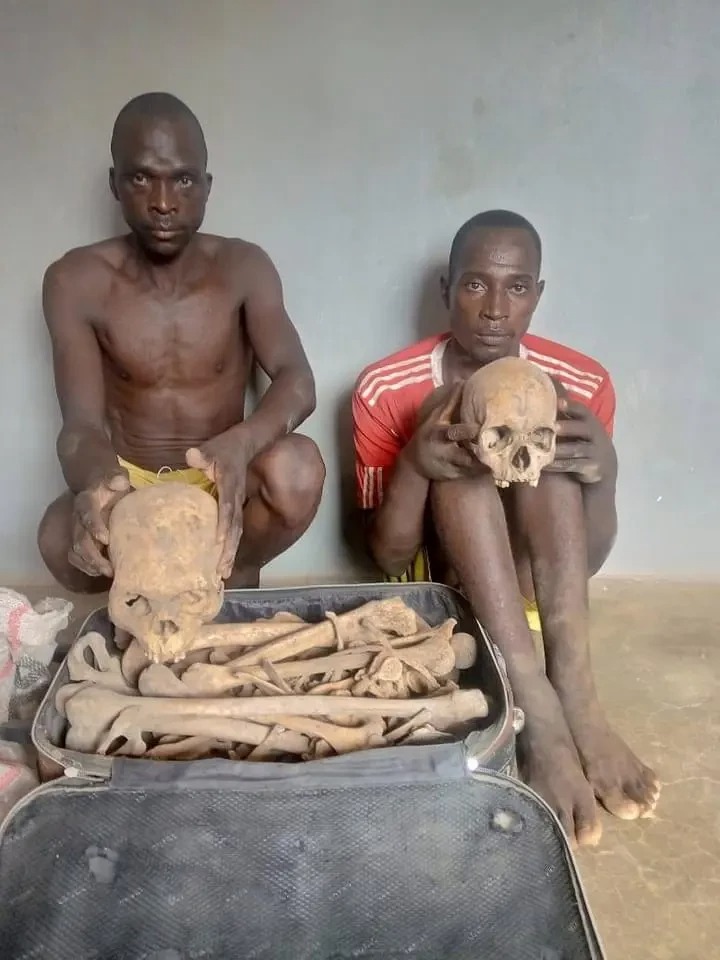 The state police spokesperson, SP Yahaya Nguroje, while parading the suspects before newsmen said the suspects confessed that they dug the skulls and the bones from a grave in Cameroon and brought them to sell to Dauda, who once bought it at the sum of 5 million Cameroonian currency.

He said that upon apprehending the suspects, the state Commissioner of Police, S.K Akande, ordered that they be transferred to the Criminal Investigation Department (CID) for discreet investigation.