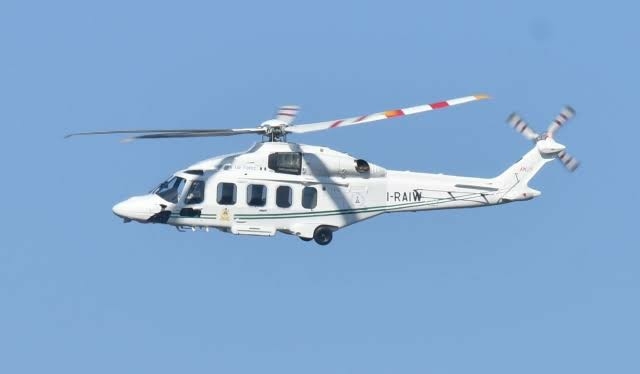 An indigenous firm engaged by the Federal Government, Naebi Dynamic Concepts Limited, has inaugurated a team to drive its new initiative of collecting landing and take-off charges from helicopters operating in all platforms across the country.

According to a statement issued on Thursday by Managing Director/Chief Executive Officer of Naebi Dynamic, Chike Stanley, the policy would create at least 15,000 jobs nationwide.

Mr Stanley inaugurated at the International Wing of the Port Harcourt Airport on Thursday, the implementation committee for Rivers State.

The statement reported Mr Stanley as taking the step to advance the mandate given by the Minister of Aviation, Hadi Sirika, when he inaugurated the consortium in Port Harcourt to collect landing and take-off charges from helicopters operating within the country’s airspace.

Mr Sirika said the initiative would help to increase the revenue generation in the sector and create employment opportunities across the country.

Mr Stanley said the implementation team would help the firm have easy access to all the platforms, oil rigs, airstrips, aerodromes, helipads, and helipods in Rivers.

He commended President Muhammadu Buhari and Mr Sirika, saying the initiative would help to generate over 15,000 jobs soon and curb criminality and restiveness among the youth.

Mr Stanley, who described the move as an internationally accepted standard, said no right-thinking International Oil Company (IOC) would flout the law, as contained in the amended NAMA Act.

“Our mandate is to collect helicopter landing charges for IOCs and LOCs on all the platforms, oil rigs, airstrips, aerodromes, helipads, among others.

The initiative is to generate jobs and increase the Internally Generated Revenue (IGR).

“It is also solving security problems. It has been tough, but it has been wonderful.

“We are getting there. We have started. Already there is compliance at the airport and we hope to have more compliance. We thank the Minister for always giving us all the support that we need.

“I thank the President of Nigeria, who has created this platform. I thank the Minister of Aviation, who has stood his ground to ensure that jobs are created for Nigerian youths.

“In the next five years this platform will generate employment for more than 15,000 youths across the country,” he said.

“The essence of the meeting is a message that nobody is coming to harass any IOCs. This is a way to tell the IOCs that the government has directed access to be created to implement this.

“When you see them being received, as an IOC, you know that this is the standard practice across the global aviation industry.