We called off strike on trust, says ASUU 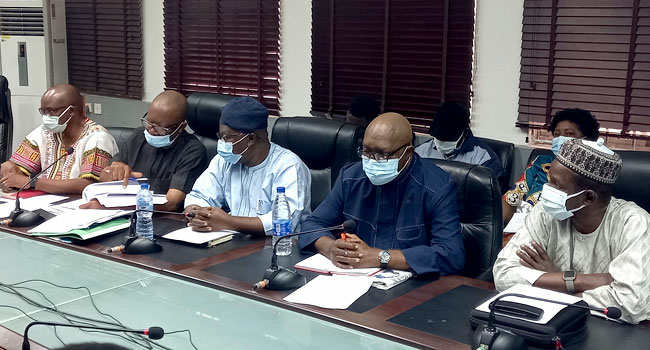 President of the Academic Union of Universities (ASUU) Professor Emmanuel Osodeke has said the eight-month strike was called off based on trust.

Osodeke said that the acceptance of the Integrated Payroll and Personnel information system (IPPIS) as opposed to their demand of the University Transparency and Accountability Solution (UTAS) as the payment platform for universities was done on a temporary basis.

He said this was done pending when a formal agreement would be reached with the Federal Government.

Osodeke said this during a meeting with the Speaker of the House of Representatives, Femi Gbajabiamila, which was a follow up on the agreements reached on the previous meetings held before the suspension of the strike.

Osodeke said: “I think on all other issues, we have not really signed any document that we have addressed all the issues. But since we are talking about this now, I thought it a thing that we could sit down as a small team between you and us, as we did the last time, and reach a conclusion that we can sign.

“The strike we called off, our members also did it with trust on us. We did not have anything we presented to them. It was just on trust and the way they have seen the Speaker, the three meetings and the way we were going. On that basis, we agreed that we were going to convince them.

“What we agreed on the issue of UTAS and IPPIS is a temporary measure because for a country like Nigeria, if we are really patriotic and we love this country, I believe that we do is that if there is a problem in payment of salaries, when you categorise problems, that is a bit consequential.

“So, we have agreed on that as an interim measure. Hopefully, subsequently, we will look for how to solve this problem once and for all. IPPIS has not solved problems; it has created more problems. Check the wage bill before IPPIS was introduced and check the wage bill now.”

But Speaker Femi Gbajabiamila faulted the ASUU President, saying that an agreement was reached which was not on temporary basis.

He also dismissed some feelings in some quarters that the series of meetings held did not achieve any useful results.

“We are here as an institutions to make sure that whatever that is agreed is implemented as best as possible if not to the latter.

“The main issue for discussion today which was one of the major areas of conflict was the issue of payment platform whether or not it has to deal with the issue of UTAS as opposed to IPPIS.

“If you recollect, on that issue, we did agree that we will marry both whilst, IPPIS will remain the platform, that government will bring in the aspect and the areas under UTAS that are specific to the Universities and assimilate those areas into IPPIS,” he said.