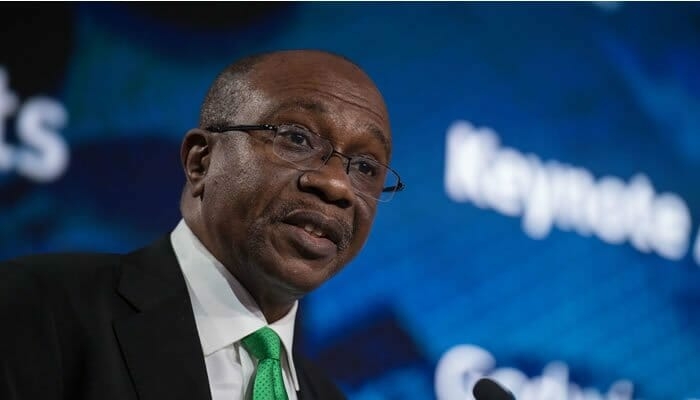 Mr. Godwin Emefiele, Governor of the Central Bank of Nigeria (CBN), stated that the proposed redesign of the Naira will have a positive impact on its value.

Emefiele stated this while announcing the apex bank’s plans to begin issuing redesigned N200, N500, and N1,000 denominations on December 15.

According to him, while this is not the primary reason for changing the currency, it may be one of its benefits.

Emefiele stated that the decision was influenced by significant hoarding of banknotes by members of the public, a worsening shortage of clean and fit banknotes, and an increase in cases and risk of counterfeiting.

“Statistics show that more than 85 per cent of currency in circulation are outside the vaults of our commercial banks.

“As at the end of September, N2.7 trillion out of the N3.23 trillion currencies in circulation was outside the vaults of commercial banks across the country.

“This is a worrisome trend that cannot continue to be allowed, ” he said.

According to Emefiele, recent developments in photography technology and advancement in printing devices have also made counterfeiting of the Naira relatively easier.

He said that the apex bank was determined to arrest the situation forthwith.

“In recent times, the CBN has recorded significantly higher cases of counterfeiting, especially at the higher denominations of N500 and N1,000 banknotes.

“Although, global best practice is for central banks to redesign, produce and circulate new legal tenders every five to eight years, our existing series of banknotes has not been redesigned in the last 20 years.

“The CBN remains resolutely determined to achieve the objective of its mandate as enshrined in the CBN Act.

“It is, therefore, no longer tenable to continue with business as usual, especially given the continually evolving circumstances that could impede the optimal performance of our Naira,” he said.

He said that the step taken by the CBN to redesign the Naira would also help deepen the drive to entrench a cashless economy.

He said that the step would also help to check crimes like terrorism and kidnapping.

“Access to large volumes of money outside the banking system used as source of ransome would begin to dry up ” he said.