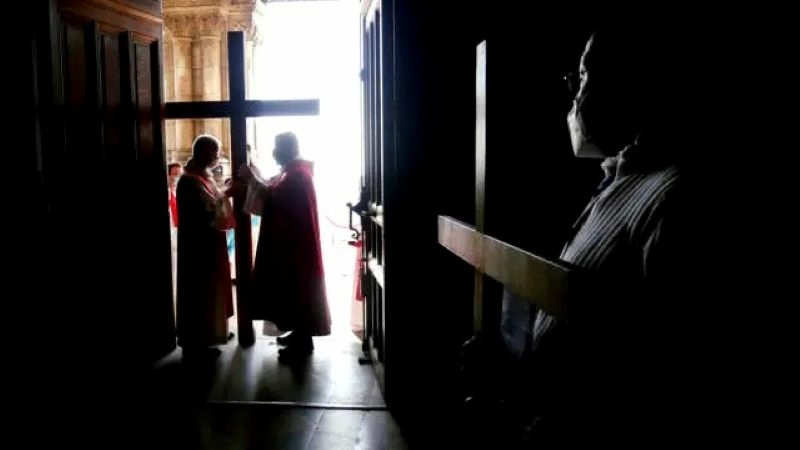 A French priest has been arrested for allegedly raping a 15-year-old teenager he reportedly met on a gay dating app, Grindr.

The Paris public prosecutor’s office, in a statement on Thursday, revealed that the undisclosed quinquagenarian clergyman from western France also alleged to have administered drugs to the assaulted minor without the victim’s knowledge at the beginning of November.

The indicted priest who officiated over the parish at the church of Saint-Louis-Marie in Brocéliande in Brittany raped the teenager in a Parisian hotel room.

This has led to the priest’s arrest but he told the police that he was not aware the victim was a minor – the latter having declared a status of an adult on the Grindr dating application.

The diocese of Rennes, where the priest came from, Archbishop Pierre d’Ornellas has expressed shock over the incident, while he offered sympathy and promised to support the victim.

Meanwhile, earlier this week, another abuse scandal caused a stir in the French Catholic Church when Cardinal Jean-Pierre Ricard, the former president of France’s Catholic Bishops’ Conference, admitted to abusing a 14-year-old girl in the 1980s.

The 78-year-old Ricard is also being investigated by authorities over the confession he made.

A study presented in October 2021 concluded that, since the 1950s, an estimated 216,000 children and young people had been victims of sexual abuse in the Catholic Church in France.