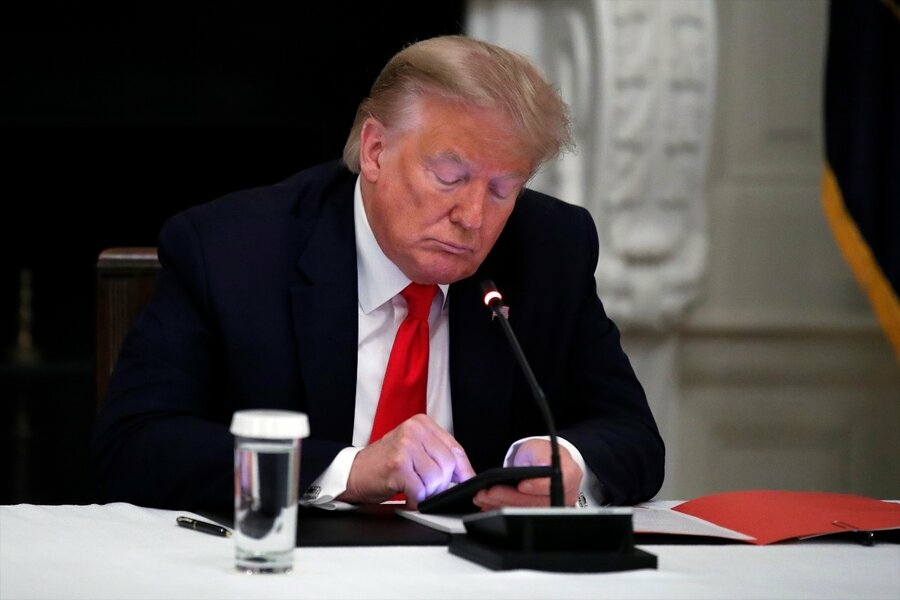 Former US President Donald Trump has reacted after Twitter’s new owner, Elon Musk, supported restoring his account, which was banned in 2021.

Remember that Trump’s account was suspended due to the risk of further incitement of violence following allegations that he encouraged his supporters to attack the United States Capitol Building.

WITHIN NIGERIA previously reported that Elon Musk had announced the results of the poll, in which 15 million Twitter users took part, with 51.8% in favour of restoring Trump’s account and 48.2% opposed.

The people have spoken. Trump will be reinstated,” adding “Vox Populi, Vox Dei,” a Latin phrase for “the voice of the people is the voice of God.

Reacting to plans to restore his account, Trump said he might not return because he sees “a lot of problems at Twitter” and will stick to his own social-media platform, Truth Social.

“I hear we’re getting a big vote to also go back on Twitter. I don’t see it because I don’t see any reason for it,” Trump told the Republican Jewish Coalition at a meeting in Las Vegas on Saturday, according to Bloomberg.

This came just days after Trump declared his intention to run for President in 2024.

According to checks this morning, Trump’s account has been restored and has over 9 million followers as of Sunday morning.

Before it was taken down, the account had approximately 90 million followers.

After Trump lost the U.S. Presidential election in 2020, a mob of his supporters attacked the Capitol Building on January 6, 2021, in an attempt to prevent the United States Congress from counting the electoral college votes to formalize Joe Biden’s victory.

Previously, Twitter warned Trump against misleading his supporters about his claim that the election was rigged.

The company started flagging some of Trump’s tweets as false, warning that further violations of its policies could result in the account being banned.

Following the attack on the Capitol Building, the platform barred Trump from using it indefinitely.

After close review of recent Tweets from the @realDonaldTrump account and the context around them we have permanently suspended the account due to the risk of further incitement of violence,” Twitter said at the time.

In the context of horrific events this week, we made it clear on Wednesday that additional violations of the Twitter Rules would potentially result in this very course of action.