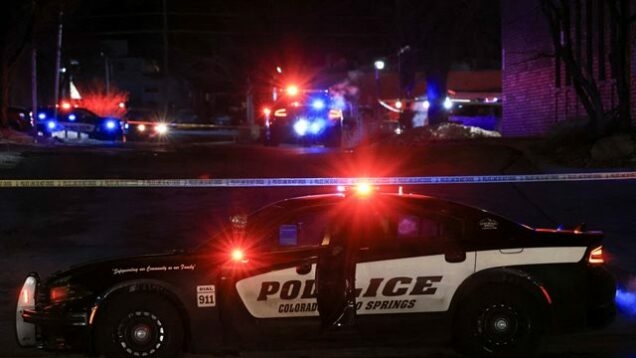 Five people were killed and 18 others were injured in an overnight mass shooting at an LGBTQ bar in Colorado, USA.

On Sunday, the local police reported that two brave people repelled a shooter to put an end to the shooting.

Police Chief Adrian Vasquez was quoted by the Daily News as saying that Anderson Lee Aldrich, 22, the alleged shooter, was apprehended just after midnight, about five minutes after police were called to Colorado Springs’ Club Q.

A total of 39 patrol officers responded, police said, and Fire Department Captain Mike Smaldino said 11 ambulances went to the scene, according to CNN.

The Network added that of the 18 people injured, several are in critical condition with gunshot wounds, though the exact number was unclear, quoting officials.

The police said the suspect was being treated at a hospital, but said officers did not shoot at him.

Officials are said to be investigating the motive for the attack, including whether it was a hate crime.

Police Chief Adrian Vasquez said two guns were found at the scene but only confirmed Aldrich used the rifle, adding that investigators were also working to determine whether the suspect acted alone.