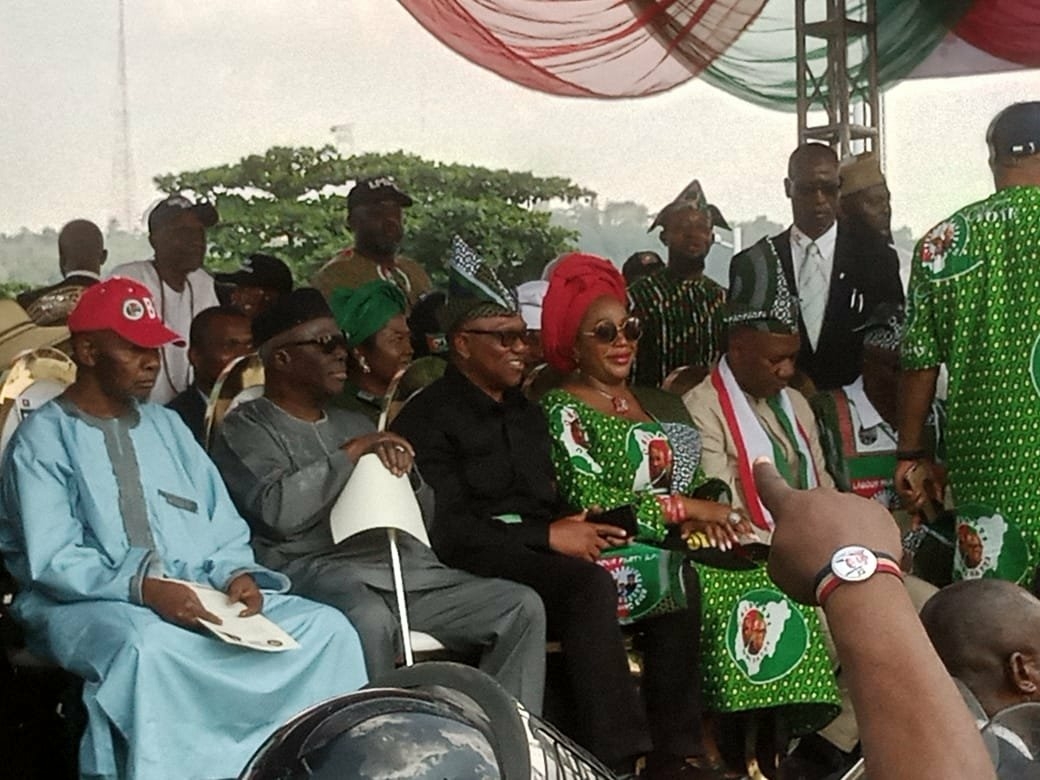 WITHIN NIGERIA reports that Obi stated on Wednesday at the party’s campaign rally in Ibadan, the Oyo State capital, that Adebanjo and Afenifere are supporting him because they stand for justice and fairness.

Obi stated that the apex Yoruba socio-cultural group and what its leader stands for today will determine Nigeria’s future.

Adebanjo, who addressed the crowd briefly in Yoruba at the rally, appealed to them not to allow tribalism to influence their vote in the 2023 presidential election.

To those saying this one is Igbo, that one is Yoruba, the talk of president in Nigeria is not a talk of the Igbo or Yoruba but the talk of entire Nigeria.

Meanwhile, despite the crisis rocking the group’s leadership, Adebanjo, who is said to be in Ibadan with Obi to show solidarity and support at the campaign rally held today, has never backed down from his support for Obi.

Since endorsing Obi’s presidential candidacy in 2023, Adebanjo has repeatedly praised his support for the Labour Party’s candidate.

The Afenifere leader was quoted to have said;

It is no longer a tea party. Those who are there do not want to leave, but we will kick them out. I want your action, don’t let the opponents intimidate you.

I have found in Peter Obi a person that would cool me down for a better tomorrow. Your future is in your hands, and your positive action will make Peter Obi the next President.