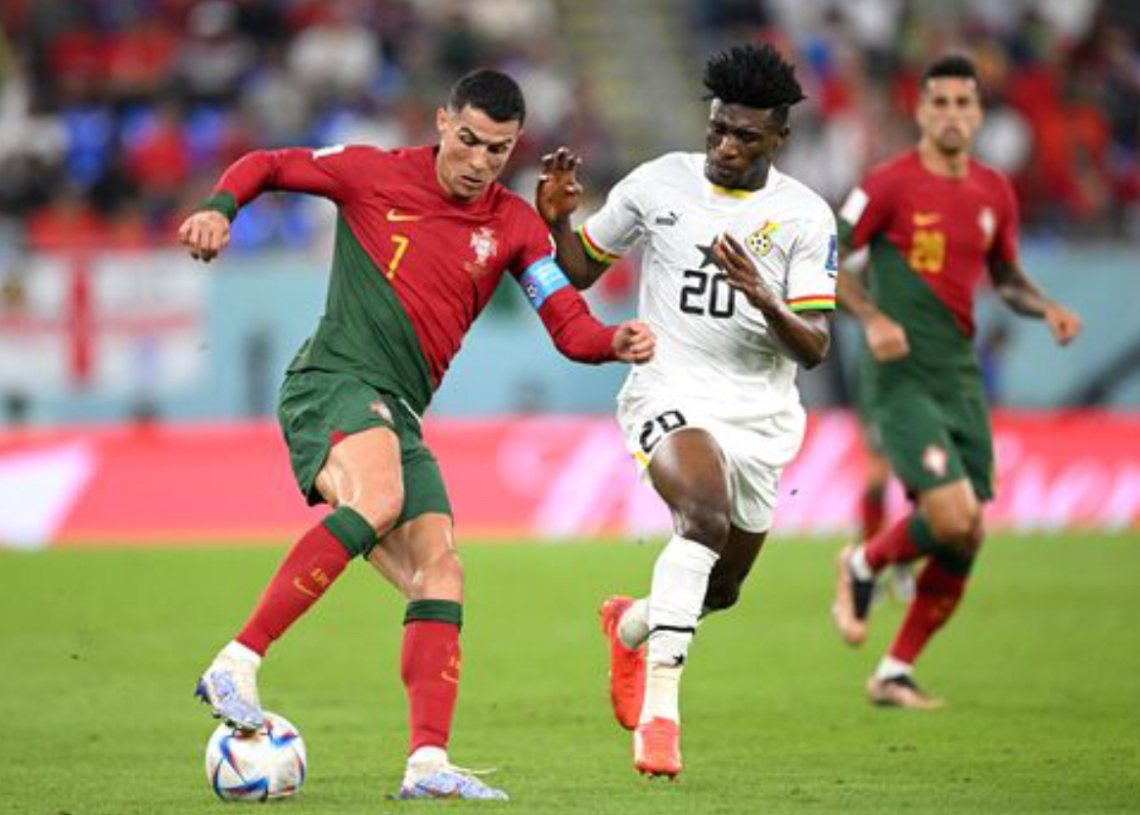 Etim Esin, a former Super Eagles player, has compared the Nigerian team to the Black Stars, who he believes perform better than his countrymen.

WITHIN NIGERIA recalls that Ghana narrowly defeated Nigeria to qualify for the World Cup, and despite losing to Portugal 3-2 in their first game, they demonstrated their resolve.

Etim emphasized that the Black Stars are eager to make a good impression because they are more patriotic than their Nigerian counterparts.

Portugal thrashed Nigeria 4-0 in a friendly match just three days before the World Cup began. Although it was friendly, Portugal dominated the game from start to finish.

In comparison, Esin praised the effort against the Black Stars’ Selecao, who only missed out on a point.

According to Complete Sports, Esin said to Brila FM:

Kudos to players of the Black Stars for their performance against Portugal. They really tried, because it is not easy to score against a side like Portugal, especially with the calibre of players they parade.

The Super Eagles squad, according to Esin, plays as if to prevent harm, whereas Ghanaians are prepared to die wearing their jerseys.

Esin said he could not make the same claim about the Super Eagles team.

For me, the Super Eagles players lack the desire and patriotism of the Ghanaian players… We saw how they fared against Portugal; if not for one or two mistakes and Cristiano Ronaldo’s experience in helping his side get a penalty.