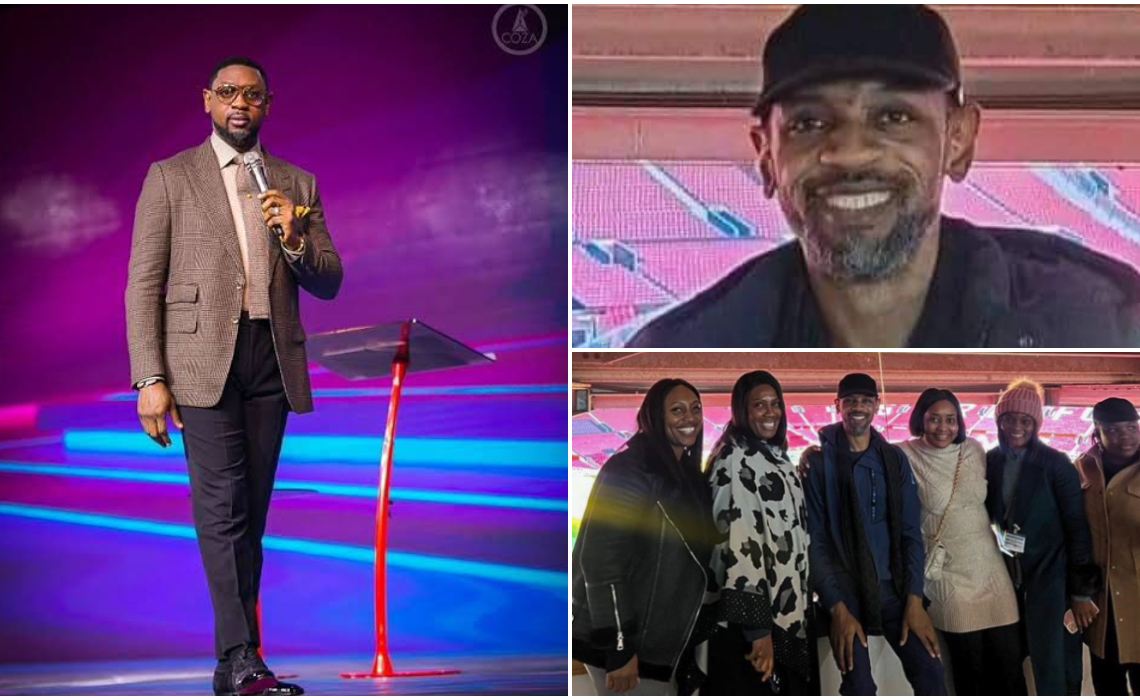 Pastor Biodun Fatoyinbo’s Commonwealth of Zion Assembly (COZA) followers have expressed concern for his health in light of recent photos taken in the United Kingdom.

On Friday, the church in Manchester’s Old Trafford posted photos of Fatoyinbo, his wife Modele, and other churchgoers.

The church will hold a one-of-a-kind Sunday service in the stadium’s Evolution Suite on November 27.

The post read, “Hello Manchester! We are live at Old Trafford making sure that you have a great time at The #COZAManchester Special Sunday Service.

“It’s going to be out of this World. Truly it will be awesome but your presence will add so much colour. Be there and we can’t wait to see you!”

Fatoyinbo was in Birmingham last week to mark the opening of a new church branch on November 20.

According to reports, the cleric, who has been accused of rape and sexual assault, had a stroke. His last Instagram post was in April.

A quick check on his YouTube channel on Saturday morning showed he returned to the pulpit about three months ago after a few months of absence.

Some concerned members of the public have taken to social media to wish him well.

Where is Pastor Biodun Fatoyinbo?

The recent pictures of Biodun Fatoyinbo are quite shocking. Does he have cancer?

God I don't wanna believe this is Pastor Biodun Fatoyinbo ..
What happened to him? 😢 pic.twitter.com/PfRSMohPBn