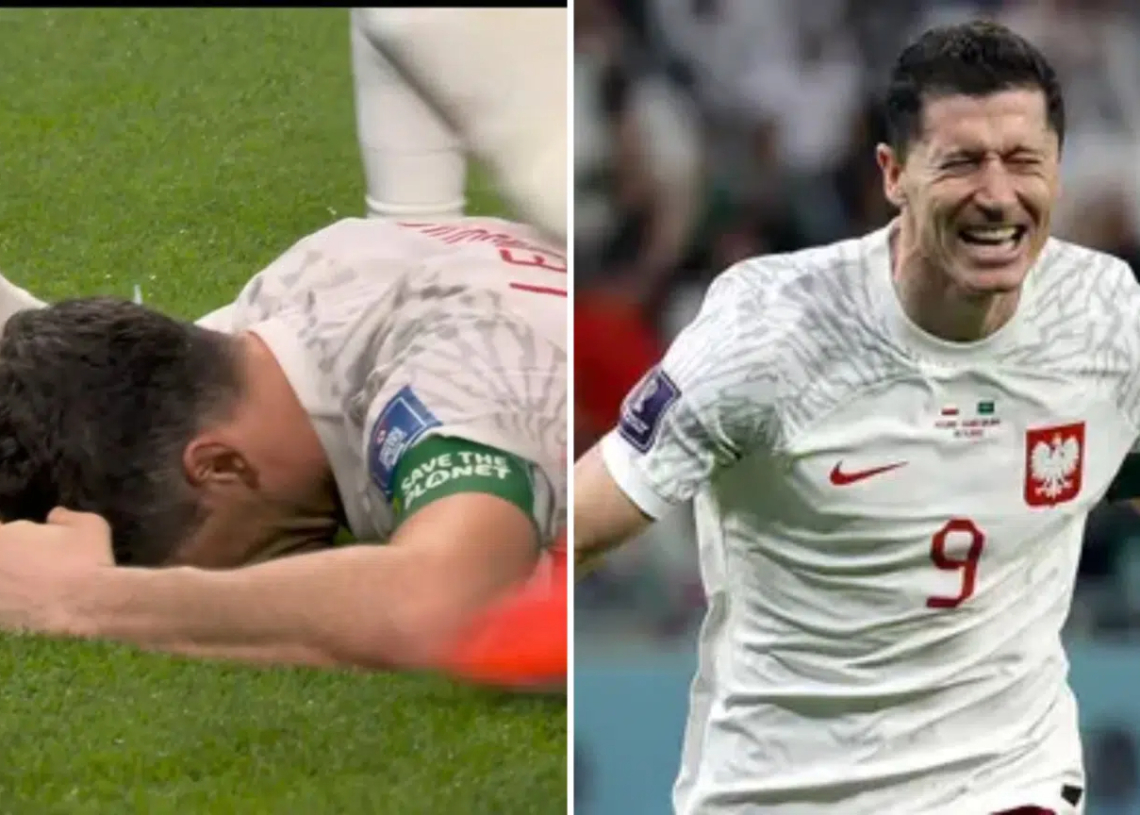 The Barcelona striker couldn’t contain his joy after scoring his first World Cup goal on Saturday at the Education City Stadium.

In the 82nd minute, the Polish attacker scored to give Poland a 2-0 victory over a tenacious Saudi Arabia squad that had previously missed a penalty. As a result, Poland received all three points.

Lewandowski beat Saudi goalkeeper Mohammed Al-Owais by stealing the ball from the defenders and finishing with his left foot.

In the 90th minute, he came within a yard of scoring again but lost his footing.

Despite scoring 635 goals in his career, the former Bayern Munich forward’s World Cup goal for Poland meant the most to him.

See the pictures below: 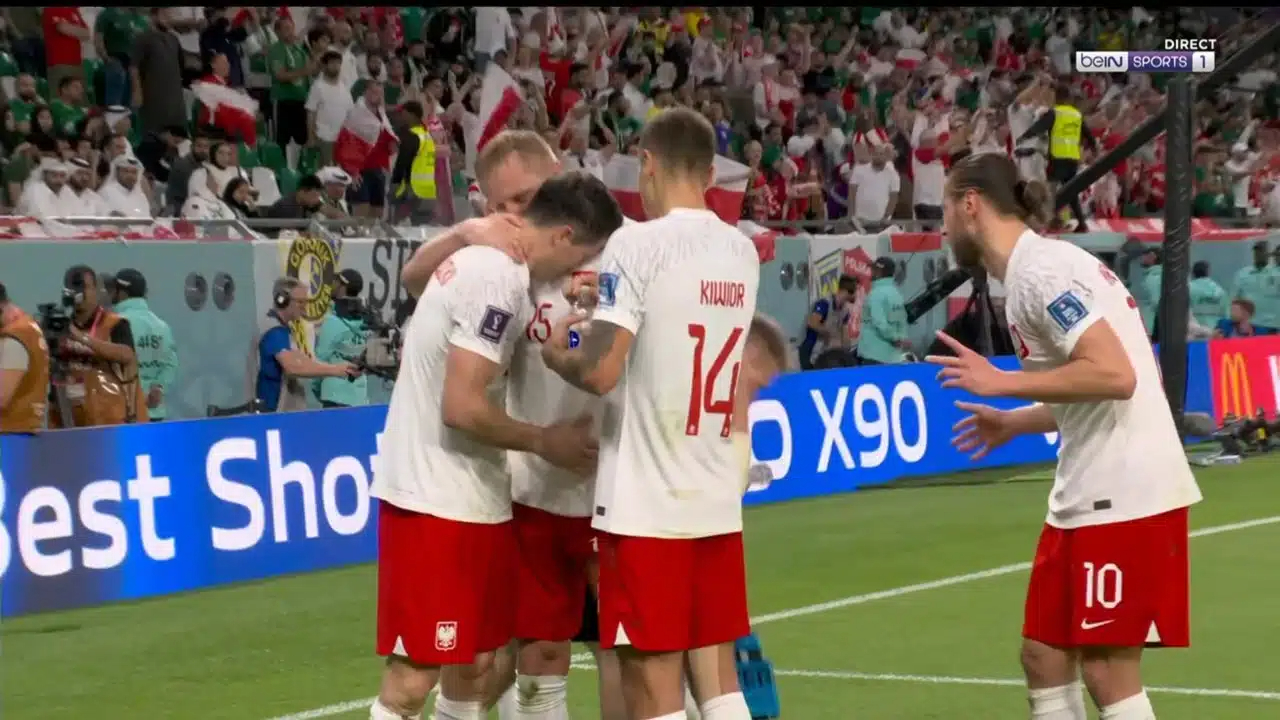 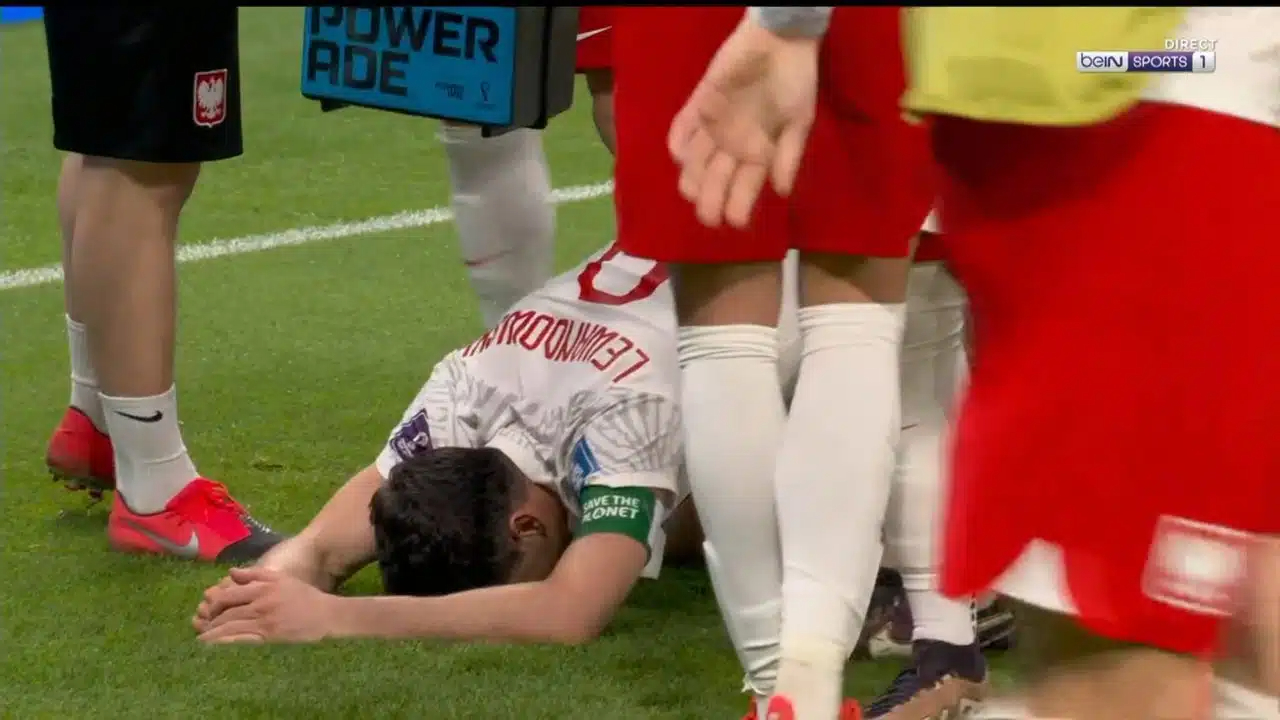 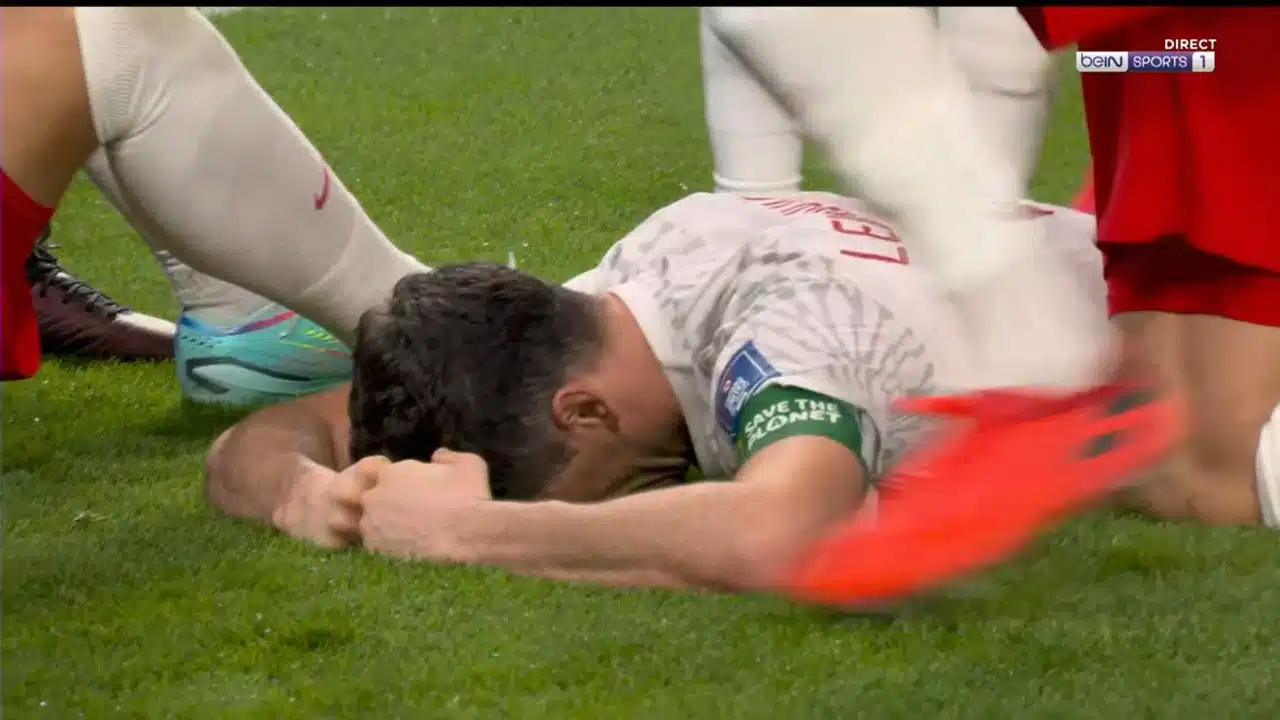 The attacker appeared in all three of Poland’s games at the 2018 World Cup in Russia, but he did not score a single goal.

According to Sportstar, Robert Lewandowski scored his first World Cup goal for Poland in Poland’s 2-0 win over Saudi Arabia, propelling him into the top ten list of men’s international goal scorers.