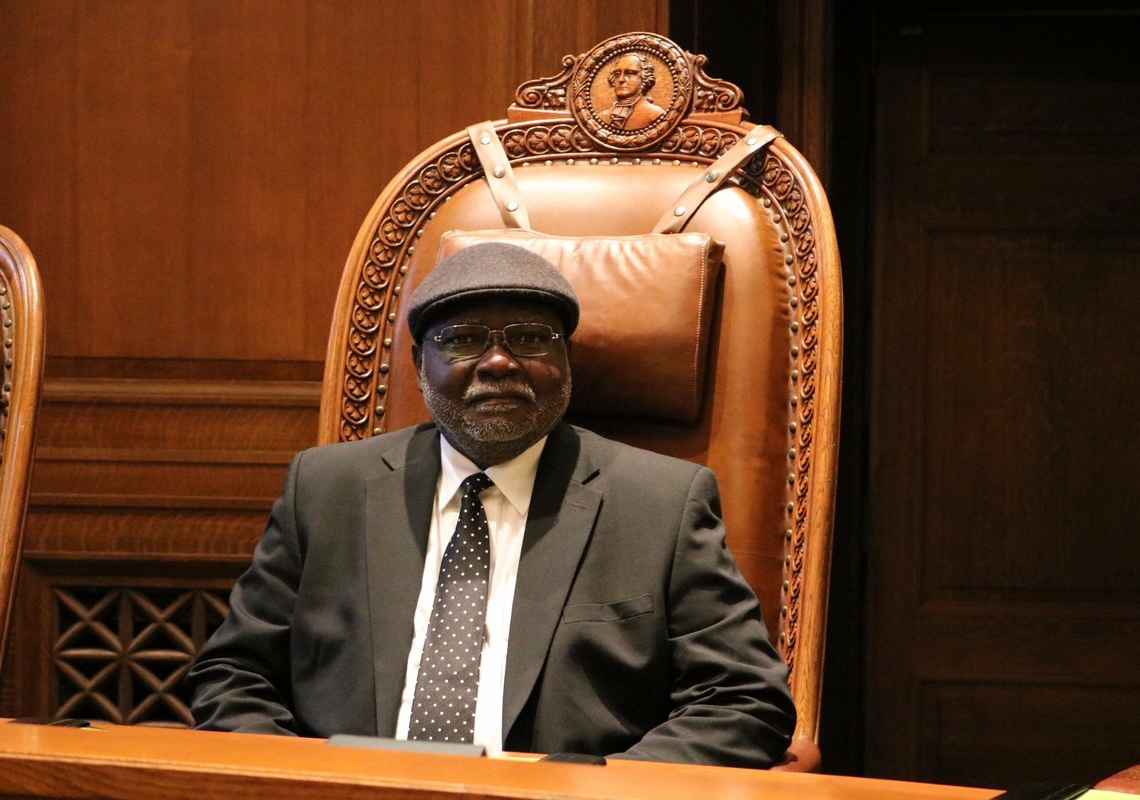 The Supreme Court has reacted to the purported political comments made by Chief Justice of Nigeria, CJN, Justice Olukayode Ariwoola, on the activities of the five Governors of the Peoples Democratic Party (PDP), otherwise known as G-5 Governors.

In a statement on Saturday, the apex dissociated itself from the political statement, saying people are only trying to concoct words to suit certain agenda, noting that the CJN did make the statement that is attributed to him.

The Apex Court, in the first official reaction, said categorically that Justice Ariwoola never made any comments to the effect that he was happy that his home state governor, Seyi Makinde, is among the G-5 Governors.

A statement by the Director of Information and Press, Supreme Court of Nigeria, Dr Festus Akande, said that those crediting the CJN with the comments were just out to score cheap goals with the remarks of Justice Ariwoola at a public function in Port Harcourt, River State.

The statement dated November 26 read in part, “Our attention has been drawn to a publication with the caption “I am happy, Makinde is among G-5 Governors” making the rounds in both conventional and social media.

“We wish to state unequivocally clear that the CJN, Hon. Justice Olukayode Ariwoola, GCON, had never at any point said such during his brief remarks at the State Banquet organised as part of the events lined up for the commissioning of the two Judiciary projects undertaken by the Rivers State Government.

“Issues bordering on misconceptions and misrepresentations of this nature are not always strange in times like this when the country is preparing for general elections, as some people may want to take advantage of every opportunity to score very cheap goals.

“As we all know, this is the era of aggressive and even unconventional politicking, so there’s nothing that will not be heard or seen at this crucial time, especially between now and February 2023, when the general elections will be conducted.

“People say whatever they choose to say, just to please their selfish interests and inordinate desires.

“We can’t really pinpoint where such barefaced falsehood is coming from, and certainly, we don’t also know at what point the CJN said he was happy that Governor Seyi Makinde of Oyo State was a member of the now christened “Integrity Group” or “G-5 Governors.”

“Everyone knows that the CJN, Hon. Justice Olukayode Ariwoola, GCON, is a judicial officer and not a politician, as such, would never directly or remotely make such comments or innuendoes.

“We wish to set the record straight by making it clear that the CJN and other senior Judicial Officers drawn from different parts of the country were in Port Harcourt on Thursday and Friday, the 24th and 25th days of November 2022, to commission the two buildings to accommodate the Federal Judicial Service Commission’s South-South Liaison Office and the Hon. Justice Mary Peter-Odili Judicial Institute that was conceptualized and constructed by the Rivers State Government.

“Even at the State Banquet organised as part of the events, the CJN made it clear in his brief remarks, that he (CJN) was not in Port Harcourt for the State Banquet but simply to commission the two projects as a mark of honour for the Judiciary and Hon. Justice Mary Peter-Odili, CFR, JSC, Rtd and later go back to Abuja thereafter.

“Similarly, he said he was very surprised to see the “G-5 Governors” (“Integrity Group Governors”), just as he equally expressed the same surprise when he saw them in Ibadan, Oyo State, during the reception organised in his honour by his state government in October 2022.

“His surprise particularly stemmed from the fact that he saw his own State Governor, Engineer Seyi Makinde (who incidentally is a member of the “G-5 Governors”) at the Port Harcourt occasion.

“He equally stated jocularly that being that HE Engineer Makinde married from Rivers State and is equally very close to HE Nyesome Wike, he would be able to replicate the developmental strides of the latter in Oyo State for the good of the citizenry.

“This, of course, is a comment that, ordinarily, ought to elicit applause and not myopic misrepresentations, as governance is all about positive comparisons and healthy competition.

“Anyone or group of individuals making these unconscionable assumptions and pervading the misinformation are, by implication, creating the impression that it is now a crime for the CJN to have come from Oyo state, which coincidentally, has a member of the group, Engineer Seyi Makinde, as the Governor.

“Let it be noted that anything said, assumed, presumed, reported or placed in the public domain outside the above facts, is simply a mere figment of the imagination of such authors and don’t in anyway represent what the CJN said in Port Harcourt, as we are not ready to join issues with such purveyors of misinformation,” the statement clarified.