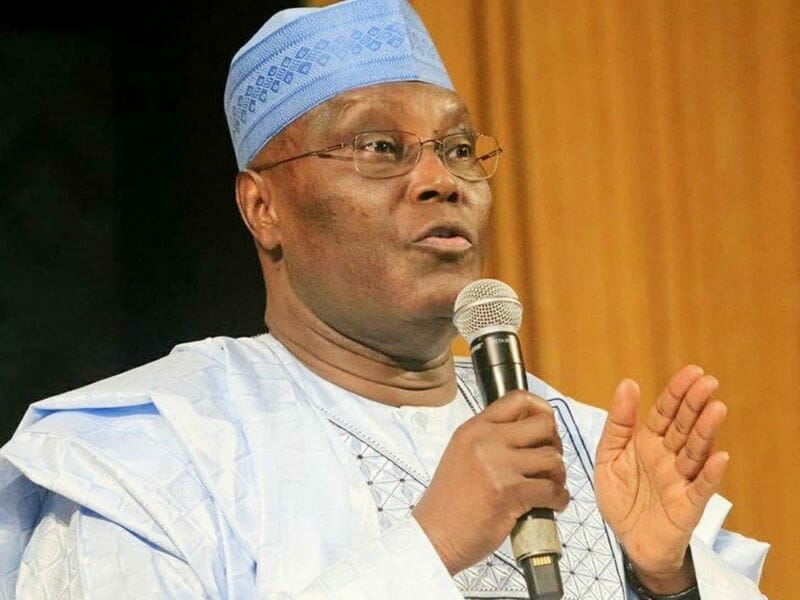 Atiku Abubakar, the Peoples Democratic Party (PDP) Presidential candidate, has stated that the crisis afflicting the opposition party will be resolved soon.

WITHIN NIGERIA recalls that Rivers State Governor Nyesom Wike and his allies have been at odds with the PDP leadership since the party’s presidential primaries were held months ago.

The G5 governors, now known as the Integrity Group, are demanding, among other things, that the PDP national chairman, Iyorchia Ayu, resign and that his successor come from the Southern region.

Speaking to reporters in Lagos on Saturday, Atiku revealed that talks with PDP G5 governors and other disgruntled party members were ongoing.

The former Vice President expressed confidence that the disgruntled governors would work to help him win the presidential primary election in 2023.

The PDP presidential candidate made these remarks following a roundtable discussion with Nigeria’s cultural and creative experts.

During his discussion at the event, Atiku pledged to provide necessary incentives to the industry if elected in the 2023 general election.

He believes that if given the necessary support, the industry has the potential to reduce unemployment and generate massive revenue for the country.

He said the industry is similar to agriculture in terms of job creation and revenue generation, but it has not received the necessary government support, making progress difficult.