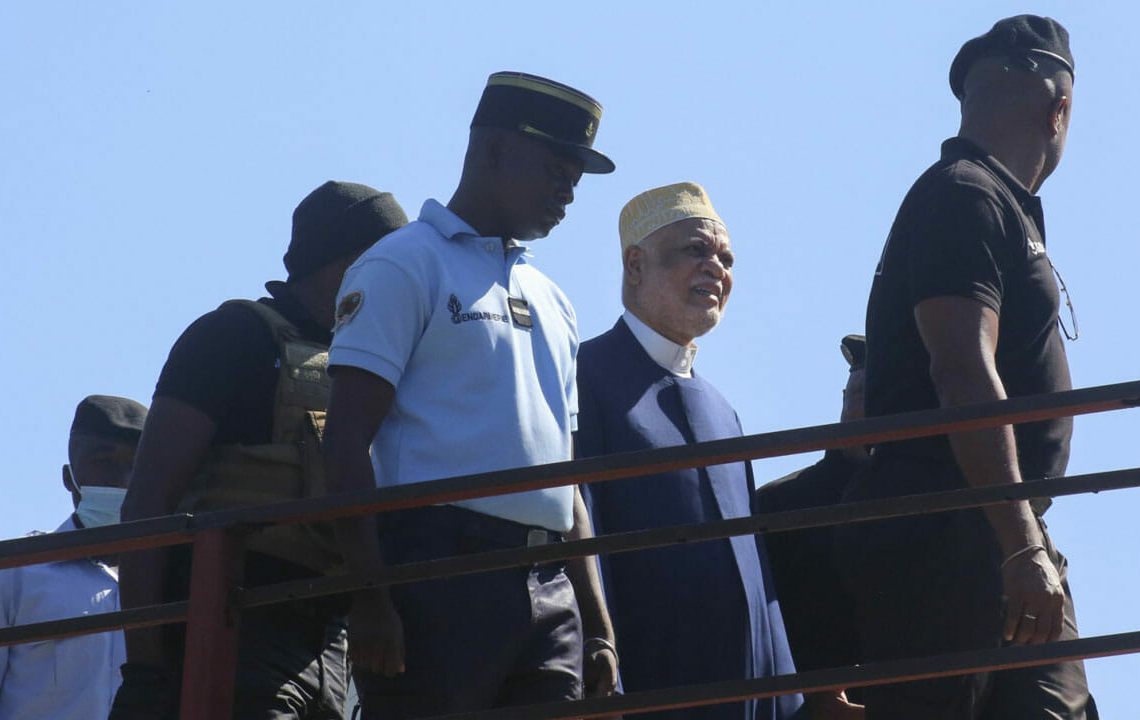 Ahmed Abdallah Sambi, the former president of the Comoros, was given a life sentence on Monday for high treason after being found guilty of selling passports to stateless people residing in the Gulf.

Sambi, 64, a fierce foe of President Azali Assoumani, received a sentence from the State Security Court, a special judicial body whose decisions are final.

“He betrayed the mission entrusted to him by the Comorians,” public prosecutor Ali Mohamed Djounaid told the court last week as he requested a life sentence.

Sambi, who led the small Indian Ocean archipelago between 2006 and 2011, pushed through a law in 2008 allowing the sale of passports for high fees.

The scheme aimed at the so-called bidoon — an Arab minority numbering in the tens of thousands who cannot obtain citizenship.

The former president was accused of embezzling millions of dollars under the scheme.

The prosecution said the cost was more than $1.8 billion — more than the impoverished nation’s GDP.

“They gave thugs the right to sell Comorian nationality as if they were selling peanuts,” said Eric Emmanuel Sossa, a lawyer for civilian plaintiffs.

But Sambi’s French lawyer Jean-Gilles Halimi said “no evidence” of missing money or bank accounts had been put forward to suggest a crime.

Sambi refused to attend the trial after a brief appearance at the first hearing, as his lawyers said there were no guarantees he would be judged fairly.

He was originally prosecuted for corruption, but the charges were reclassified as high treason, a crime that “does not exist in Comorian law,” Halimi said.

Sambi had already spent four years behind bars before he faced trial, far exceeding the maximum eight months. He was originally placed under house arrest for disturbing public order.