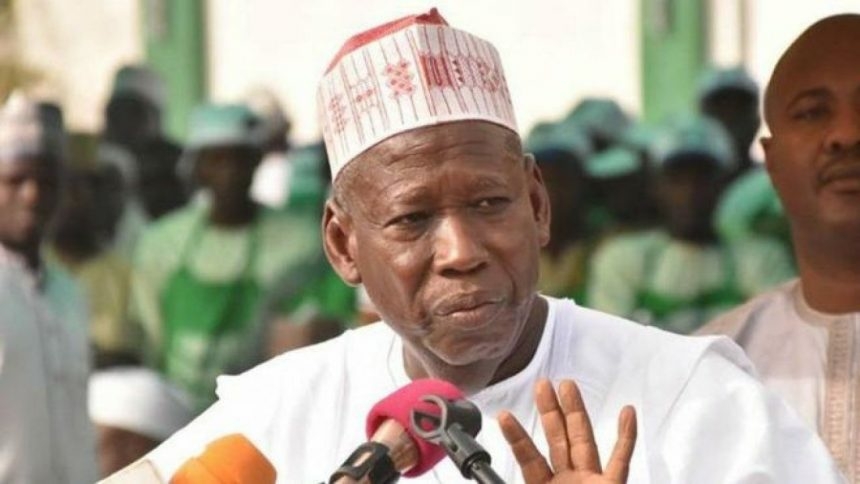 Kano State Executive Council has adopted the review of rates for the rehabilitation of Kwanar Kwankwaso-Kwankwaso Road in Madobi local government with an augmentation of the sum of N97,826,831.82.

The state Commissioner for Information, Malam Muhammad Garba, who disclosed this on Monday during a media briefing after the council meeting held at the Council Chambers, Government House, Kano said that the review was attributed to the incessant increase in the prices of construction materials.

Malam Garba also announced that the council has approved the release of N40,373,130.00 for the rehabilitation of 10 dilapidated solar-powered boreholes and VIP latrines in 10 rural markets across the state.

He however recalled that the state government through the ministry for rural and community development had constructed VIP latrines that use solar power to operate the boreholes in 74 rural markets across the state since 2012.

He stated that the state COVID-19 Action Recovery and Economic Stimulus (KANO CARES) is rehabilitating 23 out of the existing 74 under its intervention programme of Rural Wet Market.

Malam Garba further announced that in view of the prevailing circumstances and approval for the execution of additional works on provision of streetlights, and fencing, provision of sand dust, artificial grassing under the flyover, provision of permanent CCTV cameras, service ducts and tower, the contract had to be reviewed upward to the tune of N9,231,117,259.06.

The commissioner revealed that the council has also approved a request for the extension of College premises in respect of the state College of Health, Science and Technology (School of Hygiene) in accordance with the recommendation by the National Board for Technical Education to give space for the accommodation of the college’s partially accredited programmes.

He said the council approved the allocation of the former section ‘B’ of the State Universal Basic Education Board (SUBEB) building located opposite Sabuwar Kofa, behind the current office accommodation of the state Science and Technical Schools Board to serve as an extension to the college.

The council, he added, has also granted a request for the release of 55 officers from various Ministries, Departments and Agencies to undergo overseas training on salary options and have secured admissions from various donor agencies including TET-FUND and were duly recommended by the respective Ministerial Training Committee (MTC) in line with the approved training guidelines.

Malam Garba said approval has also been given by the council for the payment of arrears of hazard allowances to the non-academic staff of Yusuf Maitama Sule University, Kano amounting to N24,835,000.00 million covering January-May, 2019.

The commissioner stated that the council has approved the implementation of salaries migration of 2, 207 staff redeployed to the state payroll with cost implication of N199, 582, 888.11 million.

He said the staff is drawn from local governments, SUBEB and other Ministries, Departments and Agencies (MDAs), were deployed to secondary and tertiary institutions in the state.

He further announced that the council has approved the State and Local Government Revenue Administration (Codification and Consolidation) Amendment Bill 2022 and transmission to the state House of Assembly for passage into law.