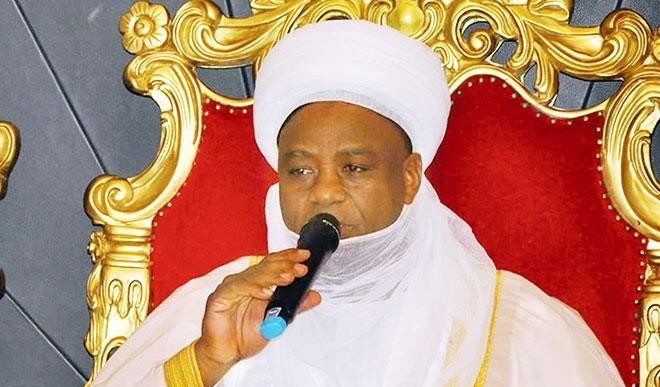 Alhaji Muhammed Sa’ ad Abubakar III, the Sultan of Sokoto, has expressed concern about the banditry and kidnapping that some Fulani people are engaged in, which has led to insecurity in some areas of the nation.

He noted that the current hardship in Nigeria was a result of banditry and kidnapping, which had severely hampered economic activity and the general well-being of Nigerians.

Speaking at the swearing-in of the new Miyetti Allah Cattle Breeders Association of Nigeria executives over the weekend at the National Mosque in Abuja, the Sultan, who is also the President-General of the Nigeria Supreme Council for Islamic Affairs (NSCIA), urged the group’s leadership to support efforts by the government and other stakeholders to maintain peace in the nation.

According to the Sultan, the threat to divide the country resulted from certain things Nigerians were not doing right; hence some Nigerians do not feel a sense of belonging in the country’s affairs.

According to him, “People do not want to know the history of this great country. If we had known the history of the Fulani movement in various parts of the world definitely, we would not have gotten to the situation we are in now.”

He further explained that Fulani moves from one point to the other, they move everywhere, and they inter-marry and are peace-loving, lamenting how some Fulani children are involved in banditry and kidnapping.

He assured that when the executives of the Fulanis meet, they will discuss how to tackle the issue, saying Nigerians cannot sit down and look at this country and go into fractions just because of certain things “we are not doing right.”

According to the monarch, in over 48 years of the existence of MACBAN, there is the need to have some new inputs and new ideas into the constitution; they need funds to sustain their activities.

The NSCIA President-General called on MACBAN executive members to reposition the association against emerging contemporary challenges confronting the Fulbe within and outside Nigeria.

He said that MACBAN, by its existence across the entire country and the Sahel, should aspire to balance the instability in Nigeria and across the Sahel for the development of humanity.

He believed MACBAN could do that in articulating a Fulbe perspective in response to the present level of violence as a natural reaction to deprivation, marginalization and balkanization of the Fulbe into different nation-states in West Africa.