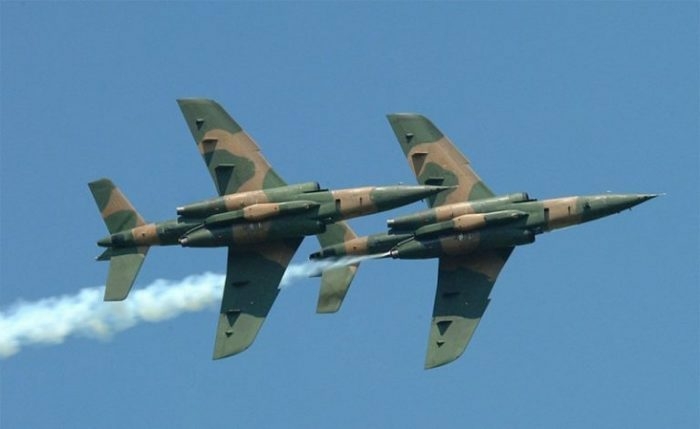 An aerial bombardment of terrorists belonging to Islamic State in West Africa Province (ISWAP) has left many dead.

Zagazola Makama is a publication that focuses on happenings in the Lake Chad region.

According to the media outlet, the incident happened on Sunday as the insurgents moved around the axis of Kau-Shoro’a in Damboa LGA.

The insurgents were said to have been killed by the Super Tucano light attack aircraft recently acquired by the Nigerian Air Force (NAF).

The development comes weeks after two ISWAP leaders were killed in an airstrike by troops of operation Hadin Kai in the Lake Chad region.

Ali Kwaya and Bukar Mainoka, the ISWAP leaders, along with other insurgents, were said to have gathered to launch an attack on the troops when they were killed with rockets and bombs fired at their enclave.

Also, on November 6, the Borno police command repelled an attack by ISWAP fighters in Magumeri town in Borno.

The ISWAP fighters stormed a divisional police command in the town in gun trucks and motorcycles at about 12:35am.

The attack triggered a gun battle between the police operatives and the insurgents, after which Bitrus Umaru, identified as a police inspector, was shot in the stomach and right leg.