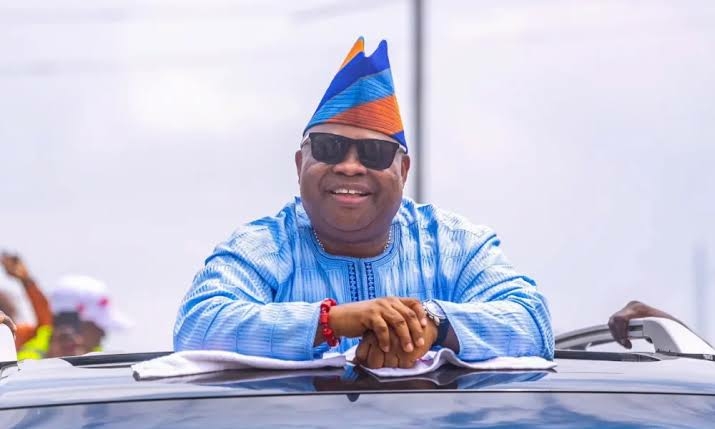 The legislator representing the Obokun State Constituency in Osun State House of Assembly, Adewumi Adeyemi, has said the lawmakers did not at any of its sittings review Governor Ademola Adeleke’s inaugural address.

Adeyemi’s position was in response to a statement signed by the spokesperson for the Assembly, Moshood Akande, which claimed that the lawmakers had reviewed Adeleke’s inaugural address and had taken certain positions.

Akande in his statement had said, “The State of Osun House of Assembly, having reviewed the inaugural speech of the Governor and the activities of the inauguration, hereby resolves as follows:

“The usage of the State Anthem, Crest and Flag is an enactment of law and as such, its usage is a matter of law and not choice.

“The enactment, ‘State of Osun Anthem, Crest and Flag Law, 2012’ assented to on the 18th of December, 2012 contained in Schedule I, II, III, IV and V, which carefully details every component of this law, is not in ambiguity.

“Schedule I is the State Anthem, Schedule II has to do with the State Crest, Schedule III is the symbolic significance of the elements in the Flag.

“Lastly, while we are aware of a court judgment in effect recognising ‘Osun State’, the Assembly, pending the determination and exhaustion of all legal means, would not be drawn into this matter.

“However, the State shall and will continue to be described as the State of the Virtuous (Ipinle Omoluabi).”

But Adeyemi insisted that he had been attending plenary regularly, adding that at no time was Adeleke’s address discussed by the lawmakers.

Adeyemi, however, encouraged the lawmakers to continue working together and support the new government.

“My attention has been drawn to a statement which reportedly emanated from the Osun State House of Assembly and was signed by Hon. Moshood Kunle Akande.

“In the said statement, it was stated that the Assembly reviewed the inaugural speech and activities of the inauguration held on Sunday, November 27.

“As a lawmaker who attends plenary very well, I hereby state unequivocally that the Assembly has not met after the governor’s inauguration.

“It is also worth noting that there was no place the resolution was passed by the Assembly. The public, especially Osun people, are hereby advised to take note of this,” Adeyemi concluded.