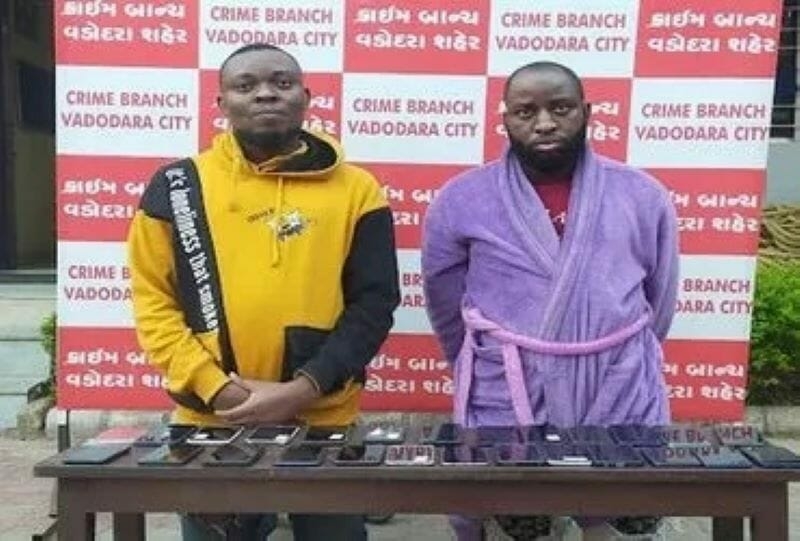 Two Nigerian nationals identified as 29-year-old Rawlings Oshuor and 28-year-old Yao Theopile, have been arrested by the police in India for allegedly duping women through 73 fake profiles on Instagram.

The suspects were arrested in Delhi by cybercrime sleuths from Vadadora, Gujarat at the weekend.

During interrogation, the duo revealed that they have duped many people across India.

“We confiscated their mobile phones and checked the contents. They had made 73 different Instagram accounts to dupe people, especially women. Interestingly, names of all the accounts started with Alex,” said Hardik Makadia, ACP (cybercrime).

The police said that they used to download photos and videos of some good looking man called Alex and post those pictures on the bogus Instagram ids.

“They send friend requests to women from these bogus IDs and befriend them. Many unsuspecting users see the photos on these Instagram accounts and fall for it thinking they are genuine,” Makadia told TOI.

The accused then start sharing sob stories of his family or tell the victims that his wife has died.

When the victim develops an emotional relationship, the accused would then take the next step and start talking about gifts.

“They would tell the women that they were sending expensive gifts from abroad and asked the victims to pay for the customs or excise duty. Some women fell for the trick and paid the money,” Makadia added.

The victims transferred money online following which the duo used to cut off all the contact.

They had targeted a woman in Vadodara who later filed a complaint with the cybercrime police station.

“We tracked down the duo from Delhi from where they have been running this racket. We have seized 25 mobile phones too,” Makadia said.