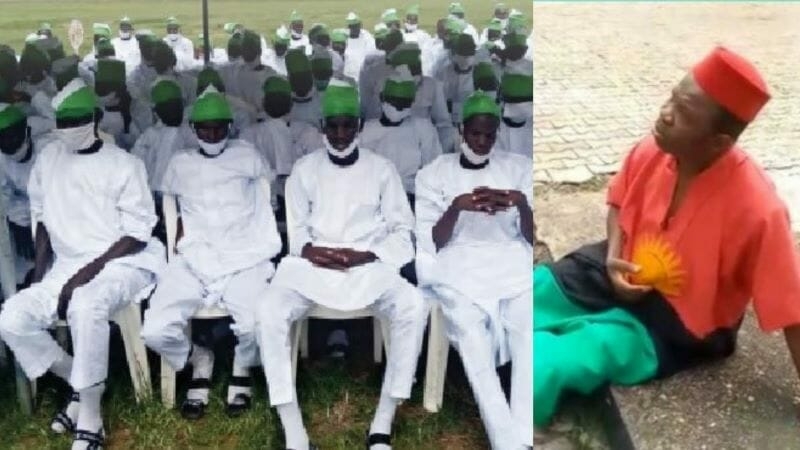 The Nigerian military says it has concluded plans to prosecute over 886 radical fighters of the Boko Haram terrorists group.

This is as the military said its counter insurgency war has continued to yield very positive results in its renewed operations to wipe out terrorism in the country.

It disclosed that another 323 terrorist ex-combatants, who willingly gave up their arms to embrace peace are currently undergoing the Federal Government’s programme on De-Radicalisation, Demobilisation and Rehabilitation, (DDR) in Gombe State.

Theatre Commander, North East Joint Operation, Hadin Kai, Major General Christopher Musa, who made the disclosure, said over 82, 237 terrorists and their families have so far surrendered to troops in various locations in the northeast since July 2021.

Gen. Musa, who described the 886 detained Boko Haram terrorists as “hardened”, said arrangements have been concluded to transfer them to Giwa Project at Kainji, in Niger State, for prosecution.

He also said a total of 180, out of the 276, kidnapped Chibok schoolgirls in 2014 have been rescued, while 96 of the girls are still unaccounted for, adding that soldiers have so far rescued 2,018 abducted persons, comprising 339 adult males, 660 adult females and 1,019 children, in the last one year.

The theatre commander spoke through the Acting Theatre Intelligence Coordinator, Colonel Obinna Azuike, while briefing journalists on the successes so far recorded in the ongoing counter insurgency operations.

“Information obtained from detailed debriefings of the surrendered terrorists are being continually factored into the operations of the theatre. Such debriefings are routinely undertaken as more fighters continue to surrender in their numbers.

“Also, the commencement of a comprehensive Disarmament, De-radicalisation, Rehabilitation and Reintegration programme by the Borno State government, in conjunction with international organisations and Op Safe Corridor, will positively encourage the surrender of more people and will be a catalyst to the ongoing peace process.”