Peter Obi Has Shady Past, Consistent With Lack Of Sense – Fani-Kayode 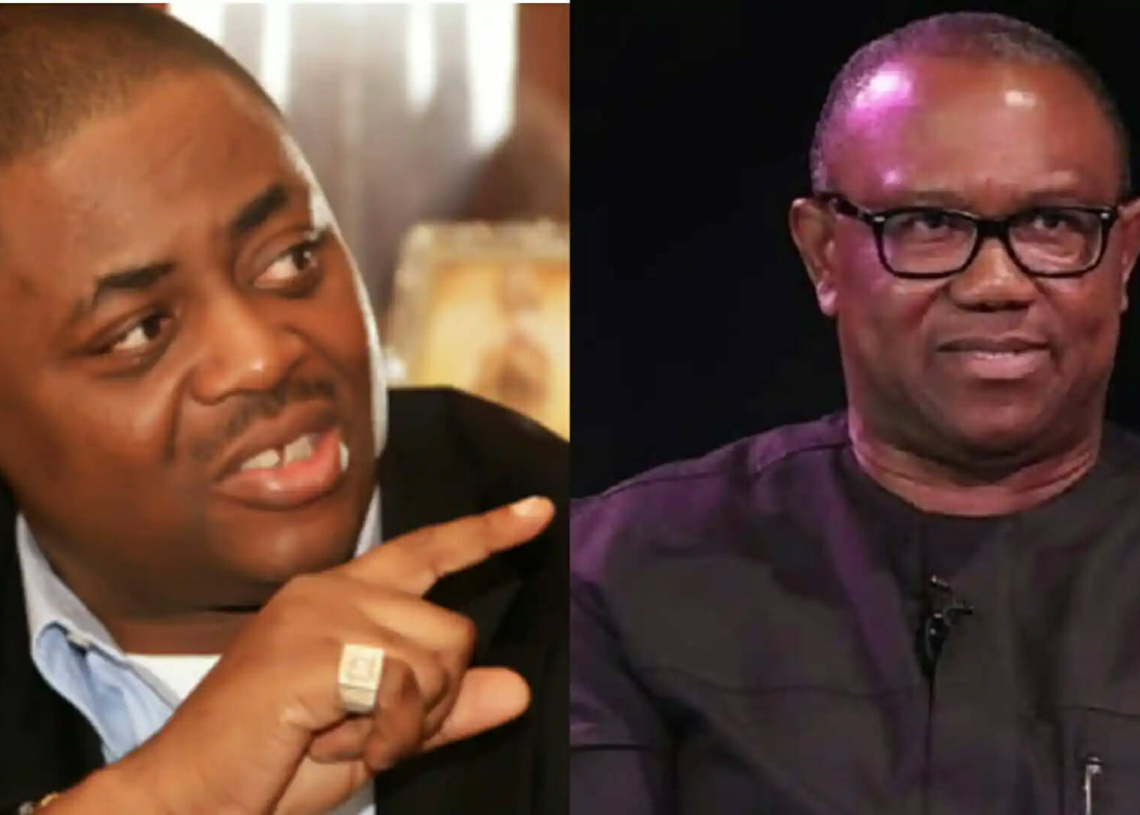 Femi Fani-Kayode, an All Progressives Congress (APC) chieftain, claimed on Twitter on Tuesday that Labour Party presidential candidate Peter Obi has a shady past.

In a Twitter thread, Fani-Kayode stated that the former Governor of Anambra State’s only consistent trait is a lack of common sense.

The former Aviation Minister also took a shot at Obi’s Vice Presidential running mate, Yusuf Datti Baba-Ahmed, for a comment he made earlier.

Fani-Kayode asked Obi to warn his supporters against making death threats against supporters of the APC’s presidential candidate, Asiwaju Bola Ahmed Tinubu, and said the Labour Party candidate would be held accountable if anything happened to Tinubu/Shettima supporters.

The only thing that is consistent about Peter is his lack of sense. How can he have a running mate who says Margaret Thatcher led the UK in the ’50’s, was a member of the Labour Party & helped to build & strengthen the Unions? Same guy said gay people ought to be killed.

Obi has a deep, dark, sinister & shady past whilst his running mate is an ignorant sociopath who seeks to prescribe the death penalty for someone’s sexual preferences and orientation. This is the merry couple that some are claiming to be Nigeria’s Messiah? May God help us.

Finally, Peter Obi, tell ur little e-rat bullies & thugs to stop threatening to kill, maim & rape the brave, hard-working youngsters that stand for & support Bola Tinubu. If ANYTHING happens to ANY of them, we will hold u personally responsible & there WILL be consequences.