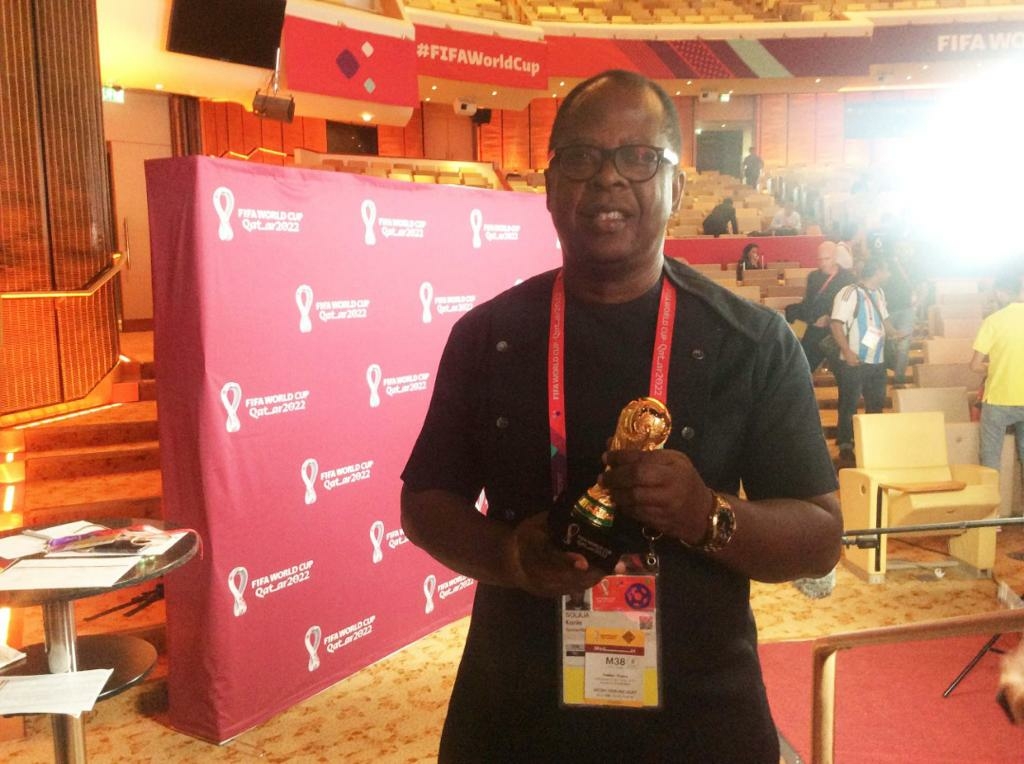 FIFA has honoured Nigerian journalist and publisher of Sports Village Square, Kunle Solaja, for his work ethics at the ongoing Mundial at Qatar.

The honour, which is in collaboration with the International Sports Press Association (AIPS), is in recognition of Solaja coverage of nine World Cup tournaments.

The ace sports journalist was celebrated alongside 81 others in a ceremony held in Doha, Qatar, on Tuesday.

Solaja and South Africa’s Mark Glesson are the only Africans decorated with the prize.

They were presented with a certificate of achievement jointly signed by Gianni Infantino, FIFA president, and Gianni Merlo, the AIPS president.

A miniature replica of the World Cup trophy was also awarded to the journalists.

Speaking on the achievement, Solaja said he is inspired by journalists who have covered more than 15 World Cups and described the recognition as fulfilling.

“It’s been very fantastic. The World Cup, to me, is the biggest worldwide spectacle that we can talk about. To be part of it has been very amazing and very fulfilling for me too,” he said.

“I’m further inspired by people who’ve covered 15, 16, 17 World Cups, and I hope I’ll be able to do that. In my first World Cup, I met a man, Diego Lucero, who was then known to be the only man to have watched all the editions of the World Cup.”

Solaja covered his first World Cup in 1990. He has since then travelled to all the venues of the subsequent editions to report the quadrennial competition.