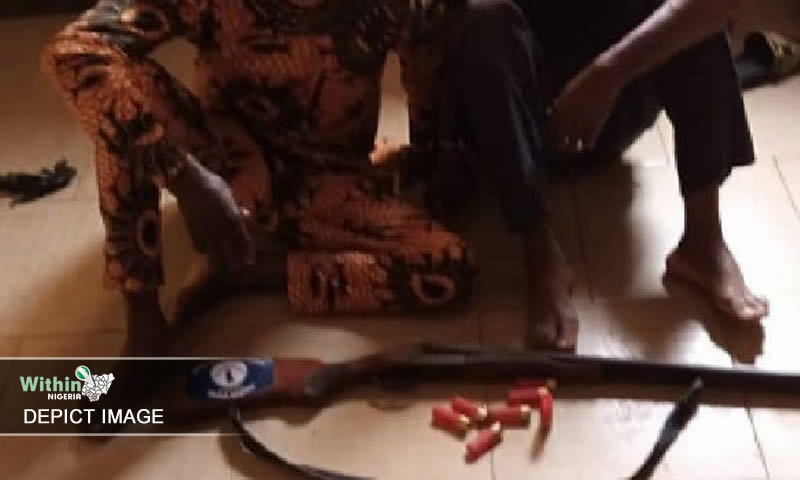 Operatives of the Ondo State Police Command have arrested a hunter, Sunday Olubusade, who allegedly shot and killed a 30-year-old palm wine taper, identified as Kehinde, in Ondo town.

It was gathered that the victim, after the day’s work, went to a river to bathe when the hunter mistook him for an antelope and shot him dead.

According to Vanguard, a police source said the suspect said he was hunting when he saw an antelope and shot at it.

“But later, I saw a man on the floor and I quickly went to the station to report. I don’t know what happened,” the hunter said.

Few minutes after the unfortunate incident, police detectives were invited and his remains were moved to the morgue.

“Immediately, the incident occurred, the police were alerted and our detectives were mobilised to the scene and the corpse was evacuated to the mortuary. The suspect has been transfered to State CID for further investigation, the police source added.

Meanwhile, security has been beefed up in the town following an alleged possible reprisal attack from some groups of people said to be planning to avenge the death of the victim.

The State Police Spokesperson , Funmi Odunlami, who confirmed the incident said that an investigation into the matter was ongoing.