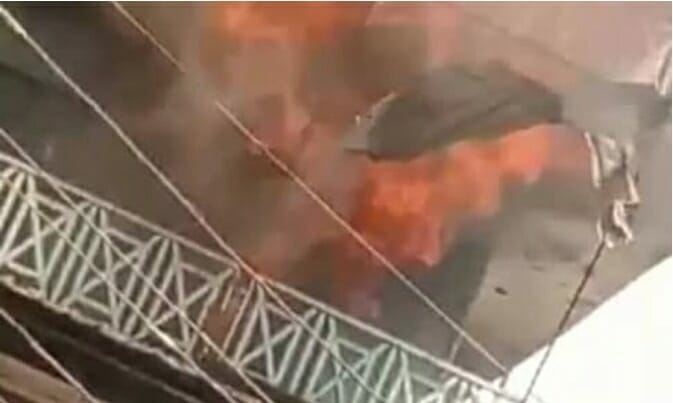 On Udensi Street in the Abakaliki metropolis, a one-story building was completely destroyed by fire.

Many occupants of the impacted building are distraught following the fire catastrophe, which occurred on Friday at around 1:30 pm.

According to sources, the incident was caused by a spike in the local electricity supply’s voltage that occurred before the occurrence between 9 am and 1:30 pm.

One of the burned-out property’s occupants, Mr. Onuigbo, claimed that the intensity of the blaze prevented him from removing any of his items from the structure.

The Controller of the Ebonyi State Fire Service, Ibiam Raphael, confirmed the incident, saying work was still ongoing to eventually put the fires off.

This is a developing story…