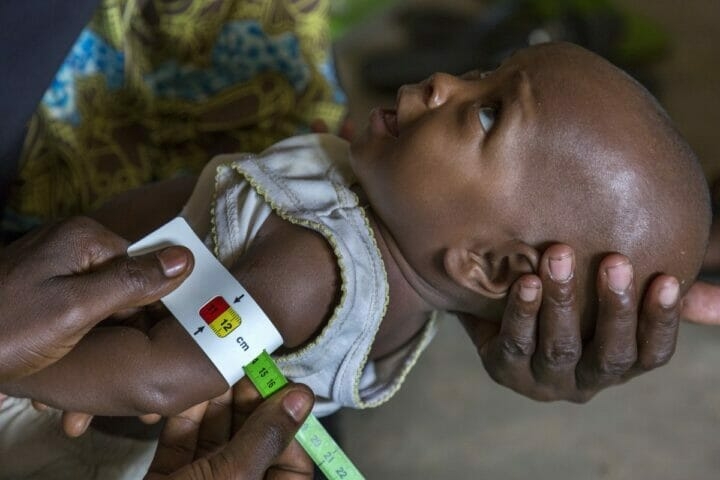 The United Nations (UN) has disclosed that atleast six million children under the age of five in the northern part of Nigeria will experience acute malnutrition till April 2023.

This was made known on Wednesday by Stephane Dujarric, UN spokesperson while speaking at a news conference in New York.

She said an estimated 512,000 pregnant and lactating women will also experience severe malnutrition.

Dujarric said there is a need to improve humanitarian response in the region, adding that the fund for the current intervention plan in the north-east is below 50 percent.

He said the recent flooding disaster destroyed over 650,000 hectares of farmlands, worsening food insecurity in the country.

“Our humanitarian colleagues in Nigeria are calling on the government and the donor community to urgently unlock resources to support children amid a deteriorating nutrition crisis,” he said.

“Nearly six million children under the age of five in the north of the country are estimated to suffer from acute malnutrition from May until April 2023.

“More than 512,000 pregnant and lactating women are also estimated to suffer from acute malnutrition.”

During a recent engagement in Nigeria, the United Nations Children’s Fund (UNICEF) said 100 children under the age of five die of malnutrition in Nigeria every hour.

Nemat Hajeebhoy, UNICEF’s chief nutrition officer, said if urgent action is not taken, another 15 million children are at risk of “wasting” – a term used to describe children who get emaciated as a result of malnutrition.

“Every hour in Nigeria, almost a hundred children under the age of five die. So by the time we are done with this meeting, 300 children would have died in this country,” the nutrition officer said.