Update: ‘They shot me and abducted our Imam’, Delta mosque survivor speaks from hospital 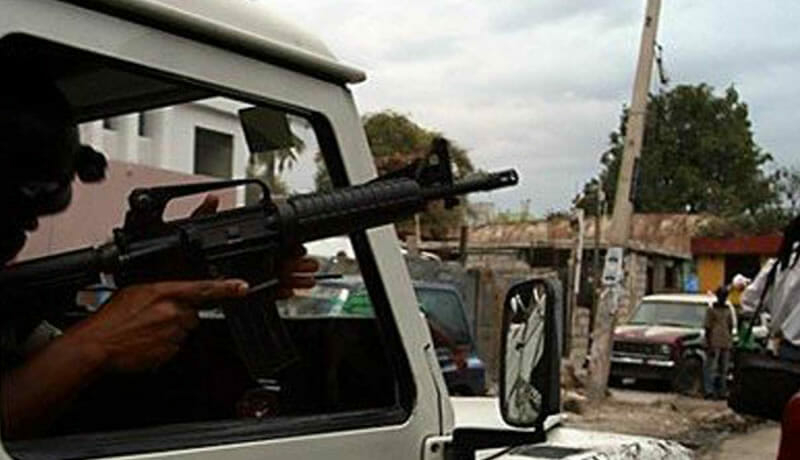 61-year-old Muhammed Bagudu, one of the worshippers who was shot at a mosque in Ughelli North Local Government Area of Delta State, has narrated how masked gunmen attacked them during Friday early morning prayer.

WITHIN NIGERIA had earlier reported that gunmen invaded the mosque and shot 11 worshippers.

Speaking with Daily Trust from his hospital bed, Bagudu, said the gunmen abducted one of the presiding officials (Imam), another man identified as Mallam Muhammadu Sani, while other worshippers were ordered out of the mosque.

“They shot me, my brother, one of the Imams and went away with another Imam, Muhammadu Sani from Katsina state.”
Daily Trust gathered that the gunmen, numbering five, came in an unidentified Toyota Sienna.

The secretary of Arewa Community in Ughelli North, Darlington Ahmed Garma, while addressing journalist on the incident said, “At about 6.15 am, unknown persons came with an ash colour Toyota Sienna, they parked opposite the mosque.

“Two men entered the Mosque, as they were taking the Imam, Mallam Muhammadu Sani away, they told the remaining members that were performing their morning prayer to go outside.

“Before they got outside the mosque, 11 worshippers were shot and they are currently on admission at (hospital name withheld).

The State Police Public Relations Officer (PPRO), DSP Bright Edafe, who confirmed the attack, however, claimed nobody was abducted.

“Nobody was kidnapped, they attempted to kidnap, but could not succeed.”

“Seven persons injured have been taking to the hospital were they are receiving treatment,” Edafe said.