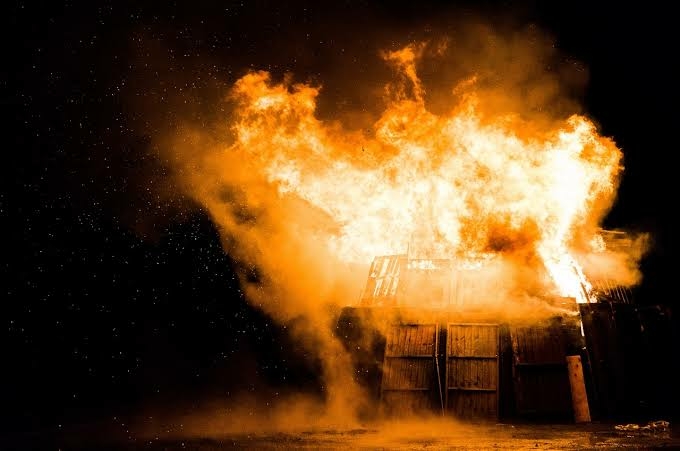 The police in Lagos State have begun investigations into the circumstances surrounding the drugging and setting ablaze of an 85 -year-old man and his  80-year-old wife, by their 52-year-old biological daughter.

The old man was pronounced dead at the hospital where they were rushed to, while the wife has remained unconscious.

The image maker in charge of the state police command, Benjamin Hundeyin confirmed the incident.

The incident reportedly happened on Wednesday at City Gate Estate in the Lusada area of Okokomaiko, along the Lagos – Badagry Expressway.

It was gathered that 52-year-old Aleremolen Izokpu sedated her parents  85-year-old Pa Michael Izokou and his wife, 80-year-old Priscilla.

The suspect who fled from the scene of the incident was said to have set her two sleeping parents ablaze.

One of the siblings of the suspect, Akugbe Izokou reported the matter to the police after being informed on the telephone by one of his younger sisters.

Hundeyin a Superintendent of Police disclosed that  “Information received from the DPO  Okokomaiko division has it that on 01/12/22 at about 09:00 hours someone reported at the station that on 30/11/22 at about 15:00 hours  that he received a phone call from his younger sister, one Osemudiame Izokpu  that their elder sister named Aleromolen, aged 52 allegedly drugged their parents, one  Micheal Izokou, 85 years and Priscilla Izokpu, 80 years and set them ablaze while they were asleep.”

“The scene was visited by detectives. The hospital was also visited where the injured victim and the corpse were inspected, photographs taken and the corpse deposited at the Badagry Hospital morgue.

Hundeyin also stated that efforts have been intensified to arrest the fleeing suspect.