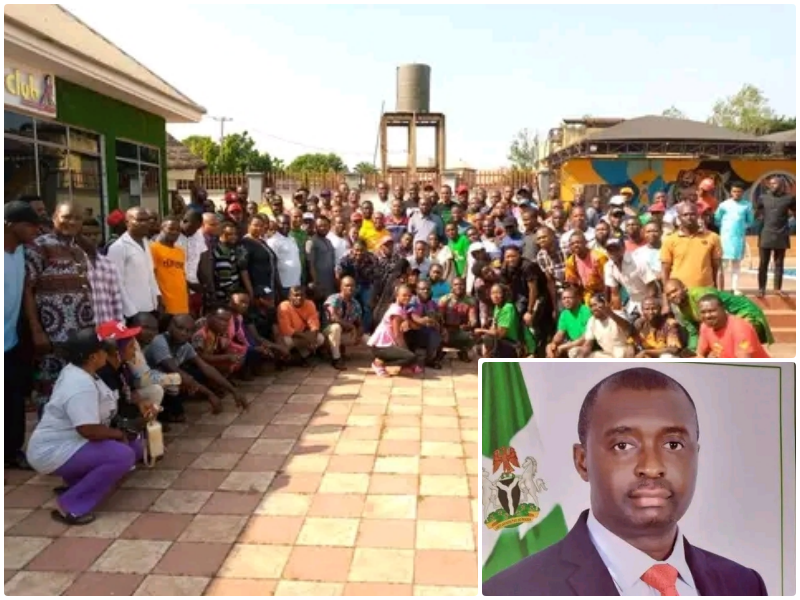 The Executive Chairman of Uzo Uwani LGA, Hon. Chukwudi Celestine Nnadozie had announced the appointment of one hundred and twelve liaison officers across the sixteen council wards of the LGA.

Hon. Nnadozie who drew seven persons each from each council ward that makes up the LGA, noted that the liaison officers will play a pivotal role in his administration, especially as the appointees are known grassroots agents.

He further disclosed that more names would be announced in the next few weeks as a demonstration of his administration’s commitment in ensuring that more young people get involved in Governance.

According to him”this is a demonstration of my belief in the ability of our youths.

“And this is my own way of rewarding those who have been supporting our administration from the grassroots.

“More names would be announced in the coming weeks,” he concluded

WITHIN NIGERIA gathered that the appointments are with immediate effects.

Our Investigation also showed that these liaison officers will equally play important role in making sure that the ruling Peoples Democratic Party,PDP wins in all the elective positions in the council area in the 2023 general election.

Nevertheless, a member of the All Progressives Congress, APC in the state, Chief Reagan Ugwu has criticised the appointment, saying it is a waste of scarce resources.

According to Chief Ugwu, “this is a huge waste of scarce resources. I learnt that each of those appointees is going to be paid forty thousand naira every month and the appointment is for two years. If you calculate it, the local council will be spending 107,520,000 on their salary.”

Explaining further, Chief Ugwu said, “this is a misplaced priority. Where will the local council be getting the fund to pay these appointees? Most importantly, what will these so-called liaison officers be doing to earn this money? Remember this local government is the most backward local council in the state. No electricity, no good road and no water. There is also a huge security problem in the local council area.”

Stressing further he said ” this money would have been used to develop the council instead of wasting it this way.”