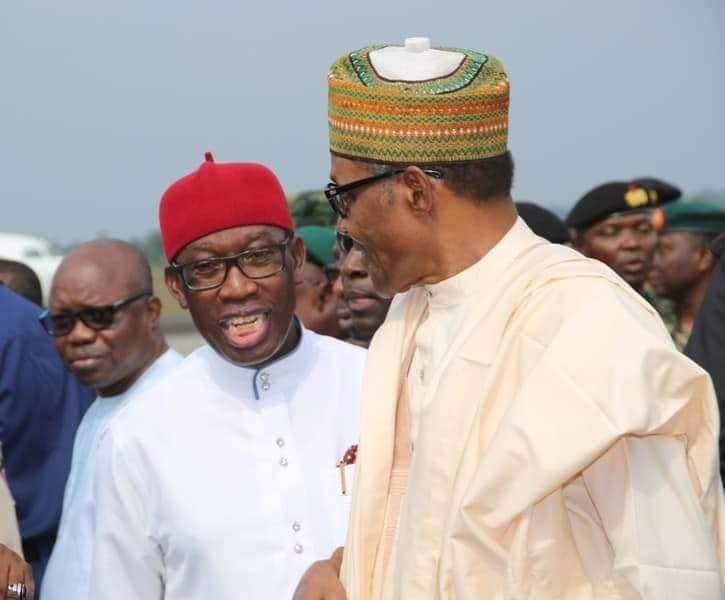 Ifeanyi Okowa, the governor of Delta State, dissociated himself on Friday from those that President Muhammadu Buhari had accused of stealing funds allotted to local governments.

The president claimed on Thursday that state governors were tampering with the monthly funding given to local councils in Nigeria, accusing them of being responsible for the underdevelopment of communities in council areas.

Governor Ifeanyi Okowa, who is also the vice presidential candidate for the Peoples Democratic Party (PDP), responded to the accusation in Asaba through his chief press secretary, Olisa Ifeajika, saying that it was unfortunate for President Buhari to have made such a “blanket statement.”

“I want to say that President Buhari, as one who has all details about issues in the country, knows the governors who fall into that category of the so-called ‘thieves’ he was referring to.’

“Dr. Ifeanyi Okowa does not belong there. “He was one of the first governors to embrace local government autonomy when it was agreed upon, just as the president did with the judiciary and the legislature,” he stated.