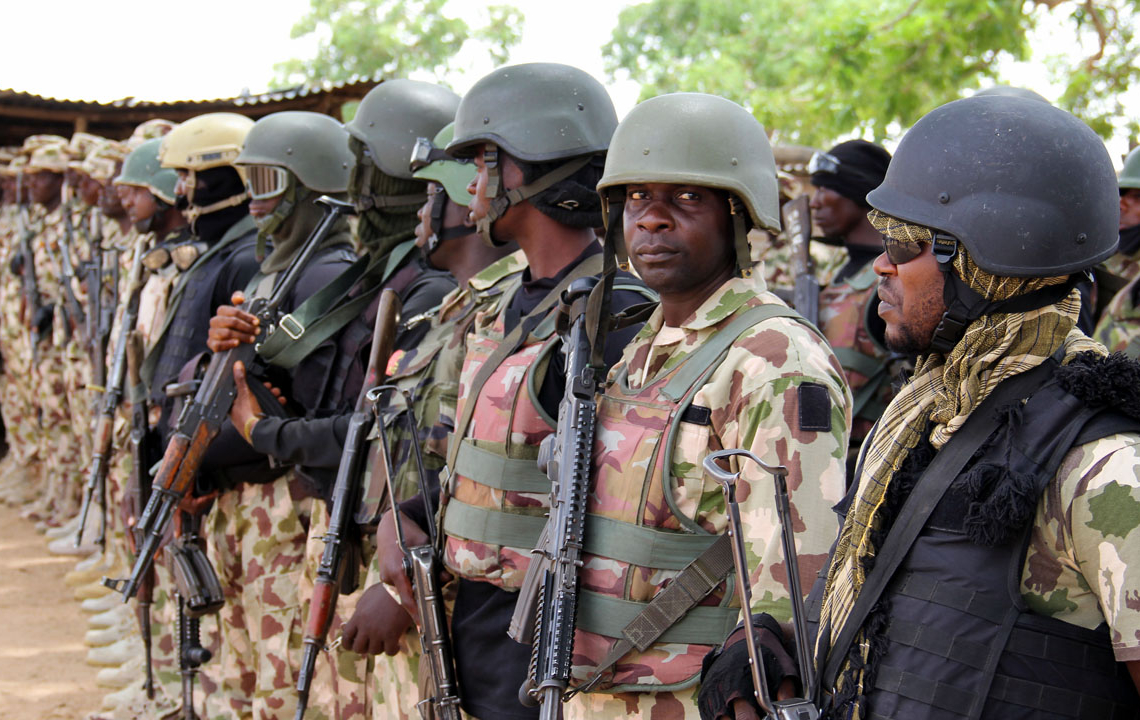 The Defence Headquarters (DHQ) says there’s no modicum of truth in report that the Nigerian Army forced rescued women and girls to abort pregnancies.

According to a statement on Friday by Jimmy Akpor, information director at DHQ, the military said its men are not also killing children as part of counterinsurgency operations.

Akpor said the statement is coming following a letter by Reuters, an international news agency, to the DHQ that it is working on a series of stories on the actions of the Nigerian military during the government’s 13-year war against Islamist insurgents in north-east.

“To them (Reuters), they were committed to producing an accurate, fair and complete report hence, their request to arrange a time to discuss before their reporting. The supposed stories were purported to focus on 2 specific areas: First, the supposed military-run programme of forced abortions performed on women and girls who were held captive and impregnated by Islamist militants and second, a supposed killing of children by the military as part of counterinsurgency operations,” the statement reads.

“The Reuters report also alleged that, since 2013, Nigeria’s military had run a secret, systematic and illegal abortion programme in the country’s North East terminating at least 12,000 pregnancies among women and girls. That many children were shot, poisoned, suffocated or run down by vehicles in army-led actions.

“Furthermore, the report was to allege that soldiers selected babies and toddlers for killing after rescuing them and their mothers from Islamist militants, amongst other weighty concocted allegations.

“The key motive for supposedly carrying out the abortions was allegedly the notion that the children of Islamist militants, because of the blood in their veins, would one day follow in their father’s footsteps and take up arms against the Nigerian government and society.

Akpor said the Nigerian Army and its officers adhere to international best practices and rules of engagement while on the field.

“Irrespective of the security challenges we face as a nation, Nigerian peoples and cultures still cherish life. Hence, Nigerian military personnel have been raised, bred and further trained to protect lives, even at their own risk especially when it concerns the lives of children, women and the elderly. This much is reflected in Standing Operating Procedures (SOPs), Concepts of Operations, Rules of Engagement (ROEs) and other documents that guide military operations,” the statement added.

“Hence, nowhere has the Nigerian military operated (Congo, Liberia, Sierra Leone, Somalia, Rwanda, Yugoslavia, [Darfur] Sudan, Gambia and Guinea Bissau, amongst others) that, there has been any trace or allegation of infanticide. The Nigerian military will not, therefore, contemplate such evil of running a systematic and illegal abortion programme anywhere and anytime, and surely not on our own soil. The Nigerian military will not also deliberately plan to target children during its counterinsurgency operations or other operations, both within and outside Nigeria.

“Nigerians, and by extension the Nigerian military, are not made in a such wicked mould and the Reuters team cannot appropriate the evil of infanticide to the Armed Forces of Nigeria and the Nigerian peoples.

“But, let’s interrogate the issues. It took Reuters 13 solid years to craft an allegation of infanticide against the Nigerian military and Nigerian nation. This shows that a news agency as ‘renown’ as Reuters is itself complicit in failing in its mandate to draw attention, to inform the public about supposed occurrences that offend not only the laws of armed conflict but also international humanitarian law.”