Ortom has reduced himself to Wike’s errand boy – APC 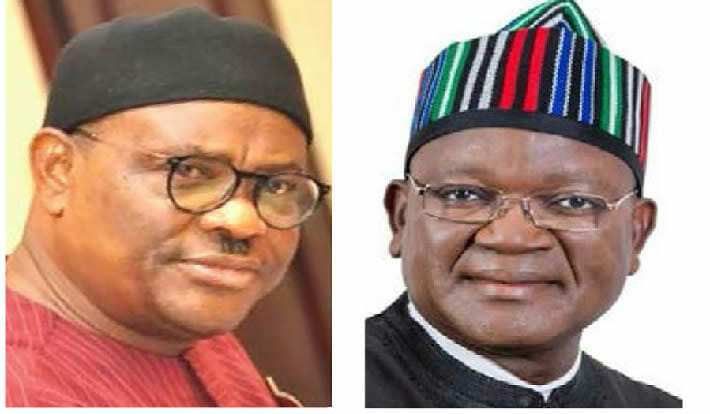 The Chairman of the All Progressives Congress, APC, in Benue State, Austin Agada, said the state governor, Samuel Ortom, had reduced himself to an “errand boy” to his counterpart in Rivers State, Nyesom Wike, in the name of playing politics.

Speaking with PUNCH on the phone on Friday, Agada said Ortom had long abandoned the state to pursue his interest which he said had caused a serious setback to the state in the past seven years.

He said, “He (Ortom) had long ago attached himself to Wike; this is responsible for his abysmal performance in the past seven years. He has abandoned governance which is the reason everything is in total decay. He is a disaster to Benue State, he has become an errand boy or may I call him deputy to Wike or an aide to Wike; that is the reason you always see him going around with Wike.

Also the Chairman of the All Progressives Grand Alliance, Joseph Ogli, “I don’t know if it is the tradition of the Peoples Democratic Party to be gallivanting and not sit in their state.

“But I promise you, APGA can not behave like that. Leaving the state and following another governor is not in our character and if by the grace of God, our party wins the forthcoming governorship election, our candidate, Joseph Waya, will not descend to that level but rather will face governance.”

The governorship candidate of the Labour Party, Herman Hembe, said his priority would be to meet the yearnings of the people if he wins the governorship election in 2023.

Hembe said, “As for me, I am focusing on how to lift my people from underdevelopment. I will focus on the payment of salaries to workers and pensioners and pay more attention to providing employment to the teaming youths.